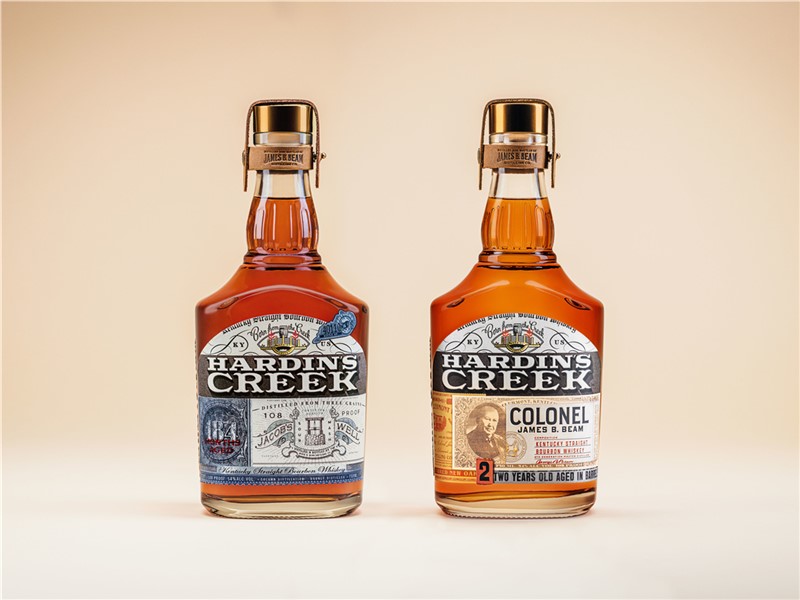 Today, the James B. Beam Distilling Company (JBBDCo) celebrates the launch of Hardin's Creek™, a new brand that will chart the ongoing story of the Beam family legacy, one that is more than 227 years in the making, through highly limited and rare releases. Hardin's Creek is the next generation of boundary-pushing, premium American Whiskey inspired by the expertise of seven generations of Beam Master Distillers.

"We couldn't be more excited to launch Hardin's Creek, particularly after the refresh of the James B. Beam Distillery and the opening of the Fred B. Noe Distillery. This has been a long time in the making, and I can't wait to share it with the world," said Freddie Noe, the newly appointed Master Distiller of the Fred B. Noe Distillery. "Every detail, from the blending techniques to the labels, draws inspiration from centuries of our family's history, paying homage to our heritage while looking towards our future."

Today the Beam name is synonymous with bourbon, and that all started with Johannes Jacob Beam, the forefather of America's first family of bourbon. In 1795, Jacob Beam set down roots in the foothills of Western Kentucky. He started with a sturdy but humble well to draw water from a nearby creek. That water powered a mill – the mill to grind fields of corn – which formed Jacob Beam's earliest mashes. That creek – Hardin's Creek – became the first source of his family's enduring legacy.