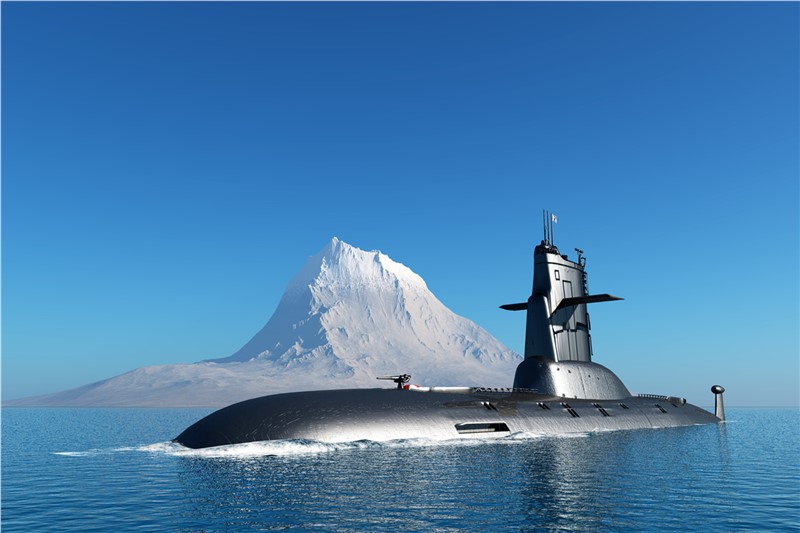 The submarine market has developed from a single person pedal submarine, which tried to drill hole into a British ship to an asset which can travel thousands of miles and strike land targets and come back to its home base without surfacing. The advancements of submarine capabilities can be ascertained towards propulsion systems, weapon systems, the hull and other support systems. The focused effort on increasing the weapons payload on the platform has paid off well in modern submarines. There has been a multifold increase in the weapons carrying capability of the World War II submarines and modern submarines. However, the high cost associated with submarine procurement and maintenance have been a key restraint in this market.

The strategic importance of the submarine would be appreciated by understanding the role it played in the Gulf crisis. The submarines played an important role in the Gulf War and Operation Iraqi freedom. During the Gulf War, the Tomahawk missiles were launched from two submarines, this increased six folds to 12 in Operation Iraqi Freedom. In February 2019, Iran threatened the US to sink its aircraft carrier with a 95-foot-long coastal Ghadir class submarine. The threat was serious because the aircraft carrier had no counter mechanism against torpedoes.

The total submarine fleet is around 520+ submarines, which are being operated by around 40 countries. It is also interesting to note that the top 10-12 countries (in the order of active fleet) account to around 75%- 80% of the Global fleet. Apart from the cost factor, it is also possible that the geographical location of some countries does not make it viable to maintain a submarine fleet. The submarine programs account to a few billion dollars and stimulates a lot of economic growth and job creation, this has led to indigenous programs and ToT.

The report titled “Global Submarine and MRO- Market and Technology Forecast to 2027” cover trends across the Main Structure, Control Systems, Propulsion Systems, SCS (Surveillance & Communication Systems), Survival Systems, Weapons Handling Systems and Other systems. The Control Systems are expected to grow from USD 530 Million in 2019 to USD 720 Million in 2027 at a CAGR of around 3.54%. This market is also driven by additional automation of control systems as an initiative to drive down cost by crew reduction.

The key technology developments in the Submarine and MRO market revolve around Stealth, Architecture, Sensor Performance & Connectivity, Payload Technologies, Power Density and Off Board Vehicles.

This report titled “Global Submarine and MRO - Market and Technology Forecast to 2027” is segmented based on market, propulsion, components, region and role. The market segmentation is based on Main Structure, Control Systems, Propulsion Systems, SCS (Surveillance & Communication Systems), Survival Systems, Weapons Handling Systems and Others. The regional segmentation covers North America, Europe, APAC, Latin America, Middle East and Rest of the World. The segmentation by role consist of SSK, SSN and SSBN.

The Submarine and MRO market is estimated at around USD 20 Billion in 2019 and this is expected to grow to USD 24 Billion in 2027 at a CAGR of around 2%. The maintenance market is expected to grow at a higher CAGR compared to the new submarine market. The key drivers for the higher growth in the maintenance market are the cost pressures which is pushing the defense departments to extend the service life of the platform through upgrades. The second driver is the technology driven upgrades like the AIP, weapons handling systems and the photonic mast.

Global Submarines and MRO - Technology and Market Forecast to 2027