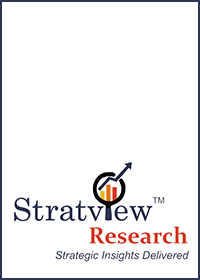 Aircraft operation hugely depends on efficient communication from aircraft to the ground, aircraft to aircraft, and ground to aircraft. All aerial vehicles including helicopters and unmanned aerial vehicles need an efficient communication system in order to operate flawlessly. A basic communication system involves the transmission and reception of voice and/or data in the form of electromagnetic waves. Communication is carried out in several frequencies allocated by the International Telecommunications Union (ITU). This spectrum of frequencies ranges from 30 kHz to 30,000 kHz and is divided into bands for convenience.

Over the years, increasing aircraft traffic has given a rise to the emergence of new aircraft: A320neo, A220, A350XWB, B737 Max, and B787, which generate four times more aircraft and engine data as compared to older gen. aircraft, posing a mid-to-long-term risk of congestion. This presents the market stakeholders with an opportunity in disguise, to fulfill the unmet needs of the market.

Though the market efficiently dodged the B737max grounding debacle in 2019, the rapid spread of the pandemic in 2020 hit the market like a bolt out of the blue, bringing in sudden changes in the business, disconcerting the entire industry. The aircraft communication systems market recorded a massive downturn of -25% YoY in 2020, wrecking the hopes of another successful year in 2020.

Nevertheless, the long-term scenario still seems lucrative, backed by strong industry fundamentals coupled with the stakeholders’ unmatched ability to strive through the crisis. The aircraft communication systems market is likely to follow suit, moving parallelly with the industry’s rebound, experiencing a gradual rejuvenation in demand from 2021 onwards, translating to sales of US$ 3.3 Billion in 2026.

Other key factors fueling the growth of the market, in the long run, are-

Aircraft Communication Systems Market Share by Platform Type
Based on the platform type, Stratview Research has segmented the market as commercial aircraft, military aircraft, and government aircraft. As commercial aircraft faces a momentary hurdle due to the pandemic, the military aircraft segment is likely to remain relatively unflinching. Early signs of healing are discernible – The lift of FAA’s B737max grounding order (Nov. 2020) and Airbus’ highest delivery figures (Oct. 2020), since before the onset of the pandemic. The commercial aircraft segment to fuel the market in the long-term, logging the fastest recovery, owing to strong order backlogs of 12,498 (Airbus: 7,377 and Boeing: 5,121) aircraft as of October 2020.

Regional Insights
All regions are anticipated to mark grave declines in 2020. With the strong presence of leading players, North America and Europe are expected to hold the largest chunk of the market during the forecast period. The USA is likely to assert an undeniable dominance globally. Asia-Pacific is expected to take the fastest path towards healing, with the highest long-term CAGR, rapidly moving uphill in the long-term. Other key factors likely to cause a stir in the region’s market are the opening of assembly plants of Boeing and Airbus in China and the upcoming indigenous aircraft program (C919). India to be the new growth engine, actively developing policies to welcome companies willing to move away from China.

Key Players
The aircraft communication systems market was highly concentrated in 2019 with the top five players capturing a massive chunk of the market. The major companies are performing mergers & acquisitions to quickly gain a larger chunk of the market as well as to tap the growing opportunities in this briskly expanding market. A few of the significant movements in the market were the acquisition of Rockwell Collins by UTC (2017) for US$ 30 Bn and taken over of Cobham plc. by Advent Inc. in 2020.

The key players in the aircraft communication systems market are-

The key players are shifting their focus towards restructuring and re-strategizing in order to cope with the challenges at hand. However, rapid advancements in the communication system and infrastructure, coupled with a continuous drive towards betterment and high-performance solutions have been the key strategies adopted by the major players to gain a competitive edge in the market. Aircraft Communication Systems Market Size, Share & Forecast, by Platform Type