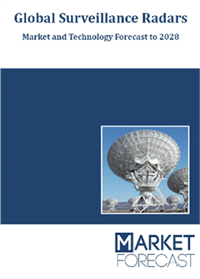 Surveillance radars are used to enhance perimeter security across both commercial as well as defense sectors. These radar systems can function across platforms including land, naval, airborne, and space. Surveillance Radars are a crucial part of border security operations carried out within the defense sector. Most of the surveillance radars function within the S-Band frequency range. These systems are essentially employed for search and targeting operations. The expanding munition technology and jamming capabilities promote increased research within this sector.

The growth in modular technologies like electronic warfare and stealth capabilities aggrades the expansion of this market. This primarily because military forces are continually trying to combat systems that limit radar cross-section (RCS). Technical advancements like Doppler Shift and moving target radars are also expected to augment the growth of this sector positively.


The rising number of indigenous programs is one of the factors that accelerates the increase in market value for this sector. Increased local manufacturing of radar systems leads to direct, indirect as well as induced employment generation within the masses. The positive multiplier effect hereafter accounts for growth in economic development and GDP contribution by the surveillance radar market. As of 2020, the Indian DoD launched the Uttam AESA radar. This system was developed by the Electronics & Radar Development Establishment (LRDE). The future applications of this technology are anticipated to be within the Indian Airforce for HAL Tejas and other fighter aircraft.

The system is a key feature in the structure of Tejas MK1A. Uttam AESA has completed roughly 100 flight hours on a hired aircraft. The technology has also attained nearly 25 hours on Tejas test platforms. The development of Uttam commenced in the year 2008. The technology was unveiled at Aero India 2009. Uttam is slated to be the successor for Israeli Elta radar. The radar EL/M-2032 is a hybrid PESA (passive electronically scanned array radar) that currently equips LCA Tejas. Some of the system specifications of this technology include-Identification friend or foe (IFF), electronic and communication support measures, C-band line-of-sight and Ku-band SATCOM datalinks, etc.

Consecutively, rising number of terrorist activities within airport acts as a limiting factor for this market. The growth in airport intrusions serves as a psychological fear for the passengers in civil airliners. The rising terrorism based activities endanger the end-users of commercial air-based transportation. Therefore, increased security measures, i.e. surveillance radars are being installed within these facilities. The applications associated with surveillance radars have been expanding. Countries like the U.S have been making use of surveillance balloons to monitor road-based traffic.

Owing to the pandemic, the defense budget allocation acts as a key challenge for the defense procurement associated with this market. Moreover, cities like Jaipur, stationed within India have postponed their airport aggradation program. The economic downturn associated with the current market scenario justifies the current dip in investment within airport modification programs. Surveillance Radars are vastly used as primary and secondary detection radars as a part of ASR(Airport Surveillance Radar). The technology is hereafter used as a means to control air traffic around the boundary of the airport.

The report is aimed at:

This report has been segmented based on End-User, Range, Component, Application, and Region.

Reasons to buy this report: