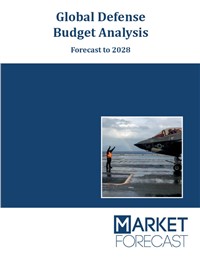 The US Defense budget accounts to the majority of Global Defense spending. If US Defense budget is treated as a country’s GDP, it would rank amongst the top 25 GDPs in the world. The market is also experiencing a rapid rise in spending from countries like China, Saudi Arabia and India. However, China that ranks second in the Global Defense Budget list, spends less than half of the defense budget of US. The top five countries accounted to more than 60% of the market, these countries are United States, China, India, Russia and Saudi Arabia. The Geopolitical situation plays an important role in the defense spending, countries which have strained relationship with their neighboring countries are likely to spend more on their defense budget. A government of a country with a 30 percent risk of expected civil war within five years is expected to raise its spending by around 1.2 percent of GDP in comparison to another country without an evident risk.

Technology imitation especially with respect to design is one of the major challenges for the defense industry. The theft of sensitive design data by hackers who target programs, like the F-35 Joint Strike Fighter by the United States, for example, takes away a major advantage from the nation who developed the original technology. Due to the striking resemblance of China’s J-31 aircrafts to United States’ F-35 joint strike fighter, the global media has reported that China could have had access to the designs of the F-35 aircrafts.


The report gives clear understanding on:

The market is segmented based on End Allotment, Region, and Department: