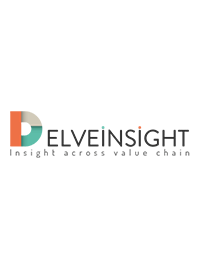 Hidradenitis Suppurativa (HS) Understanding
According to the National Organization of Rare Disorders, HS is a chronic condition characterized by swollen, painful lesions, occurring in the armpit, groin, anal and breast regions. It is painful and long-term skin condition causing abscesses and scarring on the skin. Affected patients may present with acute abscesses, but the condition often progresses to a chronic state with persistent pain, sinus tract fistula formation, and scarring. Although foreign body type granulomas are a common finding in HS, the presence of discrete epithelioid granulomas in the dermis away from the site of active inflammation is unusual and should alert the pathologist to the possibility of a systemic granulomatous disease like Crohn’s disease (CD) or sarcoidosis. The longstanding disease can result in fibrosis, dermal contractures, significant scarring, the formation of fistulae, and rarely malignant transformation to squamous cell carcinoma

KOL-Views
We interview, KOLs and SME’s opinion through primary research to fill the data gaps and validate our secondary research. The opinion helps to understand the total patient population and current treatment pattern. This will support the clients in potential upcoming novel treatment by identifying the over HS scenario of the indications.