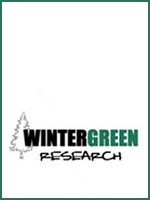 ASDReports announces that it has a new study available that describes United States testing for the rapidly evolving COVID-19 pandemic.  Testing capability forecasts for PCR assay and Molecular Diagnostics are presented in two week increments for the next 6 months.  Availability of Serological testing is also forecast for detection of the virus after recovery.  All major vendors are included and can be compared with quantities, qualities, and test time.

Covid-19 Testing 2020: The Way Forward describes the timelines the virus is likely to take regarding quarantines and successive waves of infection.  Successive waves of infection are expected to strike the US population after the shelter in place restrictions start to be lifted.  Intensive testing is needed at every stage of covid-19 disease management.  The testing scenarios and the vendors with good test kits are described in detail.

Successive waves of infection are expected to continue to at least January 2021.  One thing that  will stop them is if effective vaccine is found.  The 2020 study has 96 pages, 12 tables and figures.    The tables describe in enormous detail what testing kits are available and the significance of further testing.   It describes testing capacity and length of time to administer testing.  It describes the impact of testing and the need for serological testing as the quarantines begin to end.

PCR testing – as used by the CDC and WHO initially – is very labor intensive, and has several points along the path of doing a single test where errors may occur – which may lead to headline issues of a false positive, the test showing evidence of the virus when it’s not actually there, or a false negative, suggesting someone doesn’t have the virus when in fact they do.

The virus and the resulting disease, Covid-19, have hit Germany with force:  According to Johns Hopkins University, the country had more than 91,000 laboratory-confirmed infections by Saturday morning, more than any other country except the United States, Italy and Spain.  But with 1,275 deaths, Germany’s fatality rate stood at 1.3 percent, compared with 12 percent in Italy, around 10 percent in Spain, France and Britain, 4 percent in China and 2.5 percent in the United States. Even South Korea, a model of flattening the curve, has a higher fatality rate, 1.7 percent.

When the first cases of COVID-19 were reported in the US, two labs at the CDC were the only ones permitted to conduct COVID-19 testing, using a test developed by the agency’s own researchers. When the CDC tried to expand testing by providing its test kits to state and local public health labs, there were problems with the initial version of the kits,  The CDC, despite initially faulty reagents making its first test kits unreliable, is now offering accurate RT-PCR Diagnostic Panels and positive and human specimen controls. and 2020
Tell a Friend | Print page | Download PDF Brochure