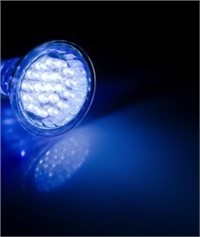 The mini and micro LED market is expected to reach around $6 million by 2024, growing at a CAGR of around 147% during the forecast period.

Mini and micro LED displays have become the most significant display technology to be adopted in next-generation electronic products. Displays and lightings are the major application segments of mini and micro LEDs. They are gaining traction among customers as well as corporate clients due to their long operational life, high brightness and contrast features, and a high degree of energy efficiency. The mini and micro LED market is projected to dominate display, automotive, and backlight panel industries during the forecast period. The major application of mini and micro LEDs will be in large-scale displays and signages, monitors, televisions, smartphone screens, screen backlights, and automotive lightings. The mini and micro LED market in US, Southeast Asia, and the UAE is expected to witness high dynamism during the forecast period. Further, manufacturers are implementing new fabrication technology to produce LED chips in the economical price range, thereby enabling their usage in commercial applications and daily products.

The study considers the present scenario of the global mini and micro LED market and its market dynamics for the period 2019?2024. It covers a detailed overview of several market growth enablers, restraints, and trends. The report covers both the demand and supply aspect of the market. The study profiles and analyzes leading and prominent companies and vendors operating in the market.

This market research report includes a detailed market segmentation by type, application, end-user, and geography. The LED market comprises two major product types- micro LED and mini LED. The significant differences between the two are: pixel pitch, LED size, and end-user application. Micro LEDs are dominating the market and are expected to grow at a CAGR of around 146% during 2018–2024. High contrast and brightness features, low power consumption, and long life-span are major factors driving the increased demand for micro LEDs. Micro LED technology is most commonly adopted in applications such as wearable watches, mobile phones, automotive head-up displays, AR/VR, micro projectors, and high-end televisions. It is expected that the application of micro technology will include AR micro projections, automotive HUD projection applications, and ultra-large digital displays. Nowadays, vendors are focusing on the fabrication of the full-color display for micro-LEDs.

The mini and micro LED market by application is segmented into display and lighting. The display segment is gaining more traction and is expected to growing at a CAGR of around 146% during 2018–2024. Display is an output screen, which is incorporated most electronic devices. Manufacturers and research institutions are developing display screens with high power efficiency and contrast brightness features. Further advancements in mini and micro LED technology have led to the introduction of several new lighting and display technologies such as QLED and indium gallium zinc-oxygen (IGZO).

Consumer electronics, automotive, and others are the three primary end-users in the mini and micro LED market. Consumer electronics is the largest segment and has occupied more than half of market share. The growing consumer interest in mini and micro LED technology is driving major players to increase their investments in R&D activities. After the emergence of mini LED in 2007 as a transitional technology between traditional LED and LCD and OLED technology, developers are describing mini LED as a stepping stone to bridge manufacturing and commercial application gap between micro LED and traditional LED, thereby making them highly viable for consumer electronics applications.

Europe is globally know for adoption of innovative and technological products. Micro LEDs constitute the largest market share. Whereas, the high cost of branded products, with high retail prices, remains a major growth inhibitor in APAC countries. However, there is low penetration of LED lights in countries like India, Thailand, and Vietnam due to the availability of low-cost models.

The global mini and micro LED market is highly concentrated, and key players are the major contributors to the market competition. Vendors in the market are competing in terms of sales, revenues, and innovations. Leading companies are offering competitive pricing and integrated services to sustain the competition in the market. Several vendors are entering into multi-year arrangements with manufacturers that offer services that include supply of displays, supply analytics, semiconductors to increase market share. Global players are likely to grow inorganically by acquiring regional or local players in the future. The market landscape has already witnessed several joint ventures and acquisition by smartphones manufacturing giants such as Apple and Samsung in order to develop mass transfer technologies and use new devices in their product portfolio,