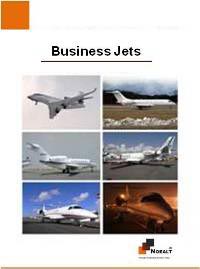 The Global Commercial Aircraft Market is seemingly mired in a transient state of flux with the ongoing global trade war impacting air traffic & cargo movement growth severely while continued grounding of Boeing’s narrow body workhorse 737MAX has been weighing heavy on the airlines & operators. Airbus registered an 8% year on year increase in deliveries for the year 2019 to reach the pole position once again after 8 years with the French giant achieving a frantic production pace to deliver 863 aircrafts in 2019. Boeing, plagued by the 737MAX crisis, delivered around 345 aircrafts, primarily, from its wide body aircraft portfolio. Airbus has further consolidated its grip on the middle of the market segment with its latest game changer, the A321XLR, while Boeing is still contemplating and at the decision making stage with reference to its proposed NMA program.

Boeing, thus, is now battling on all fronts simultaneously, including, regulators, airlines, customers, suppliers and arch rival Airbus in difficult battlefield conditions with a new leader at the helm. The year 2020, thus, will be crucial for Boeing going forward as it tries to play catch up to recover its market position while Airbus will look to further consolidate its gains.

The ongoing trade war situations, wave of protectionism and macroeconomic slowdown as well as environmental uncertainty have been impacting the air traffic & cargo growth with airline profits projected to decline by almost 5% year on year for 2019 following a second downward revisionary forecast with a recovery in 2020 highly contingent on developments on the global trade scenario. Additionally, the tightening of regulatory mandates, with the latest European environmental taxes and the upcoming CORSIA emissions reduction & offsetting scheme, are likely to put further pressure on airlines profitability along with an excess capacity situation likely to result from the return of MAX fleet in 2020. Additionally, a surge in crude oil prices emanating from the political volatility in the Middle East is likely to further exacerbate the situation and put even more pressure on airlines profitability.

Against this backdrop, the report analyzes and provides insights into key industry, market & technology trends likely to shape the future of the global commercial aircraft market over near to medium term followed by outlining emerging, potential growth opportunities.

The report contains one of the most comprehensive analysis on the market and would be quintessential for those having strategic interest & stakes in the Global Commercial Aircraft Market. The report will be extremely useful for Key Decision-Makers, Program Managers, Global Procurement Managers, Top Management of Industry Players & Other Companies, Industry OEMs, Suppliers, Vendors, MRO Services Providers, Technology & Other Services Solutions Providers and other Key Players in the Industry Value Chain.

The report will also be useful for existing & potential Investors, Industry & Company Analysts, M&A Advisory Firms, Strategy & Management Consulting Firms, PE Firms, Venture Capitalists, Financing & Leasing Companies, Researchers and all those associated with the industry/sector. The report is comprehensive yet concise & compact at the same time; is custom-built for meetings & presentations, being built on the Microsoft PowerPoint platform; in addition, to being a ready self-reckoner as well as a quick reference guide driving, enabling & ensuring prompt and informed decision making.

Batteries for Space and Aerospace - Market and Technology Forecast to 2030