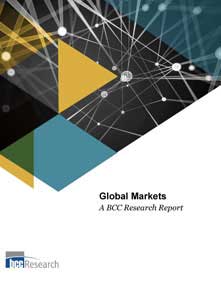 Based on types of deposits at sea floor, deep sea mining can be categorized into three types -

Manganese nodules, also known as polymetallic nodules (PMN or PN), contain mainly manganese, along with other minerals such as iron, nickel, copper, titanium and cobalt. Manganese nodules are mainly present in the Pacific and Indian Oceans, in the wide deep-sea basins at depths of 3,500 to 6,500 meters.

Seafloor massive sulphides, also known as sulphide deposits, originate at hydrothermal vents in the ocean where sulphide-enriched water flows out of the seabed. Massive sulphide deposits are expected to contain valuable metals such as copper, gold and silver. However, high temperatures around the hydrothermal vents make it is nearly impossible to carry out mining activities near the active vents; high temperatures would damage machinery and mining vehicles. SMS deposits typically occur at depths of 500 to 4,000 meters. Currently, the focus is on depth within 500 to 2,500 meters range as that is considered economical and profitable.

The scope of this report includes various types of equipment used in the deep sea mining market. The market is broken down by major equipment, minerals, mining stages, and regions. The market has not yet started on a commercial scale and the first commercial exploration is expected to start in 2019. Therefore, the revenue forecast period is from 2020 through 2030. The revenue forecast includes manufacturers’ total revenue and is categorized by major equipment as well as by mining stages.

However, in this report, for purpose of market revenue calculation, only the stages that are directly linked to mining activity are considered. Hence, only extraction and mining, mineral lifting, and surface operations phases are considered; these stages are together known as exploitation stage.

Companies considered for profiling are based on a number of criteria such as number of licenses, geographic presence, current activity in deep sea mining, innovation capability, revenue, etc.