Market forecasts by Regions, by Platform, and by Armor. Country Analysis, Opportunity Analysis, Market and Technologies Overview, and Leading Companies 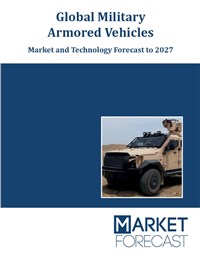 The Global Military Armored Vehicle Market is expected to grow from USD 24 Billion in 2019 to USD 31.2 Billion in 2027. The cumulative market is expected to reach USD 247, predominantly governed by the Asian market. This market is expected to account to more than 30% of the total market. The increase in defense spending in this region, coupled with the increase in upgrade programs are expected to drive spending in this region. Most of the countries are now developing their own indigenous programs for both local use and for exports. China initiated their indigenous MRAP program and started exporting these vehicles in 2014. Other countries like India have also developed indigenous versions of armored vehicles. One of the key drivers for an indigenous program is the ability to optimize cost.

The life cycle cost of Military Armored program is a key challenge, the maintenance cost of an armored vehicle platform is around one- third of the life cycle cost. Few key areas of cost optimization include MRO, Collective Upgrades, Batch COTS procurement and Joint program development. The high cost associated with the logistics and repair of the MRAPs in Afghanistan led to US Army scrapping equipment worth around USD 7 Billion during the withdrawal of US troop. The other dynamics that affect the market include the changing warfare patterns and the higher focus towards hi-tech programs.

The nature of warfare has evolved from open field environment to close combat scenario. The threats on an Armored Vehicle has increased from traditional RPG to Improved Explosive Devices. The most commonly used IEDs are the remotely operated, vehicle driven, pressure based and suicide vest. In the years, 2008-2011, more than 50% of the causalities were due to IED related deaths in Afghanistan. The USD 45 Billion MRAP program helped in curtailing the causalities, it is estimated that MRAP program saved close to 40,000 lives according to Government sources. The program lasted for about six years and still retain a few MRAPs.

The Military Armor Vehicle market is complemented by the Weapons market and the Automotive Market. Most of the modern-day programs like the Stryker is aimed at higher resistance and lower weight, this would also facilitate higher mobility. Most of the MBT programs around the world are focusing on two specific aspects on MBT engines, it includes reduce the heat exhaust from the engines and increasing the range. Reducing the heat is an important aspect due to detectability of the MBT using Infrared, secondly, reduced exhaust temperature would help troops take cover close to the MBT during closed combat.

The top three countries with the largest armored vehicle fleet are Russia, China and US. The Armored Personnel Carrier (APC) accounts for the biggest share of the total fleet.

However, the biggest evolution of the Armored Vehicle Market is the slow transformation from Passive Armor to Active Protection Systems (APS). The market is transforming towards eliminating the source of threat, compared to earlier generation of passive armor, which focused on withstanding the impact of the projectile. The APS was used predominantly on MBTs; however the effectiveness of the system is catalyzing its adoption in the APC segment as well. The cost of the APS system varies from USD 200,000 to USD 1 Million, depending on the functionalities and platform. This is also one of the fastest growing segments in the Military Armored Vehicle market.

Scope
The study period of the report titled “Global Military Armored Vehicle Market” is between 2017-2027, however the forecast period is between 2019-2027. The market is segmented based on Region, Platform, Component, Armor and Mobility. Please refer to the Table of Content for detailed segmentation in the Market Forecast chapters.