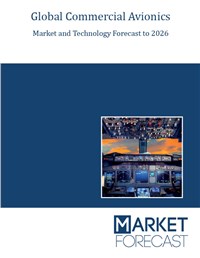 Global Commercial Avionics market is estimated at around USD 80 Billion and is expected to grow to USD 116 Billion by 2026 at a CAGR of around 4.14%. The cumulative market is expected to surpass USD 800 Billion during the forecast period. Fixed wing is expected to contribute to majority of the market. The report has been segmented into Fixed Wing, Rotary Wing, Business Jets and Commercial Unmanned Platforms. The Fixed wing segment is further classified into Communication Systems, Monitoring Systems, Flight Control Systems, Weather Systems, Aircraft Collision Avoidance Systems and Flight Management Systems.

The key drivers of the market include upgrades to synchronise to the Global Airspace initiatives, Cost Optimization, Increased In- Flight Connectivity and the overall increase in passenger traffic.  Airlines are investing into upgrading the In- Flight Connectivity to enhance passenger experience, a clear example is of Turkish Airlines, wherein the airline has opted to line fit 50 of its future fleet with personalized home theatre experience. The fleet is expected to be 25 B787-9s and 25 A350-900s which is expected to be delivered by June 2019.

The key challenge includes the interoperability of the existing systems and the retro fit systems in the existing aircraft families specifically for initiatives driven by the FAA and EU. This has been a key challenge for the overall sector.
A competitive strategy model which affects the existing market has been analysed and cover in the report in the Porter’s five forces model apart from the PESTLE which has been covered in the report.

The report “Global Commercial Avionics Market Forecast to 2026” provides historical data and forecast until 2026. The market forecast section provides segment wise forecast across each of the segments, regions and fitment.
An in-depth Scenario analysis has been covered in the report which includes three scenarios and their impact on each of the segments have been covered in the report in the chapter Scenario Analysis.

The deadlines which are fixed by FAA and other aviation bodies for implementation of various Air Navigation programs have also been dealt with in detailed.

The report also covers program wise mapping of the key suppliers in the commercial avionics market. The Chinese program which is the COMAC 919 is also covered as a part of the supplier mapping.