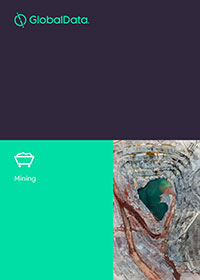 Coal is globally available in abundant quantities with nations in Asia-Pacific region having the world’s major share (46.5%), followed by Europe and Eurasia (28.3%), the Americas (24%), and Middle East and African countries (1.2%), at the end of 2016. The US had the world’s largest coal reserves at 251.6 billion tonnes (Bnt) with China taking the second spot with 244Bnt of coal reserves, followed by Russia, Australia, and India, among other countries. Globally, 7.6Bnt of coal was produced in 2016, a decline of 3.8% compared to the previous year. The major setback was an 8.7% fall in production from China and a 17.6% fall from the US.

China, India, the US, Germany, and Russia were the top-five coal-consuming countries, accounting for 74.9% of global consumption during 2016. Demand in China and the US declined due to measures implemented by their respective governments to reduce dependency on coal for generation of electricity. Over the forecast period, the global consumption of coal is expected to grow at a CAGR of 2.2% to reach 8.4Bnt in 2021, supported by robust demand from India and Indonesia, with nominal growth across South Africa, the US, and Russia.

The report "Global Coal Mining to 2021 - Current Downfall Sets for a Recovery as Demand from Asia-Pacific Remain Buoyant" covers comprehensive information on global coal mining industry, global coal reserves by region, country and type, the historical and forecast data on global coal production and production by country. The report also includes the historical and forecast data on coal consumption, consumption by country; major exporters and importers. The report also includes, factors affecting the demand for coal, profile of major coal producing companies in the world and region-wise data on the active, exploration and development coal projects.

Tell a Friend:
Global Coal Mining to 2021 - Current Downfall Sets for a Recovery as Demand from Asia-Pacific Remain Buoyant