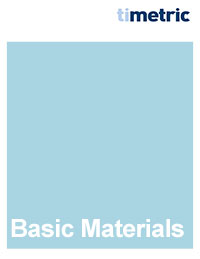 This report provides a breakdown of mining cash costs per tonne for individual export thermal coal operations, company production and country production. Timetric’s analysis covers 180 coal operations accounting for over 500Mt of coal production globally. Overall 30 companies have been included, ranging from the large producers, such Peabody Energy, Shenhua Energy, and Glencore, to smaller players, such as Whitehaven.

Indonesia coal dominating that first quartile of the curve, while higher quality Australia thermal coal is in the
second half of the curve.

5%) does not need to be washed, reducing costs by up US$10/t in comparison to Australian and US operations.