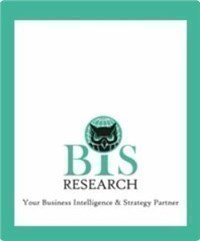 The report is a meticulous compilation of the different aspects of the U.S. e-liquid market including the porter’s five forces analysis, market dynamics, key consortiums, compliance and regulatory bodies, market breakdown. The market values form a critical part of the report, herein, the revenue generated from sales of e-liquid by types (pre-filled and bottled) and distribution channels have been analyzed to calculate the market size.  The market estimation and forecast based on the source of e-liquid has also been included in the report.

While highlighting the key driving and restraining forces for this dynamic market, the report also provides a comprehensive section of the prominent consortiums, compliance, and regulatory bodies and their involvement in the e-cigarette industry. Where, on one hand, the local governments are planning to impose taxes on e-liquids to reduce its increasingly wide spread adoption, on the other, there are several consortiums identified who are opposing the proposals and wish to back the effects of e-liquids by scientific studies. A separate section dedicated to buyer’s requirement for e-liquid has also been included in the report.

The industry analysis has been included analyzing the impact of the five major forces to understand the overall attractiveness of the industry. The company profile section has been broken down into local and global players. While the global companies have been chosen on the basis of their market developments and revenue generation, leading country wise e-liquid players have also been profiled in the report. The U.S. e-liquid market is expected to grow over $8.26 billion by 2025, at double digit CAGR from 2015 to 2025. The market will witness a staggering growth until 2017, by when most of the regulatory and policy framework will fall into place. The growth rate will significantly increase thereafter, with significant revenue generation from retail distribution channel.