Light Weapons Market worth $12.51 Billion by 2020, According to a New Study on ASDReports 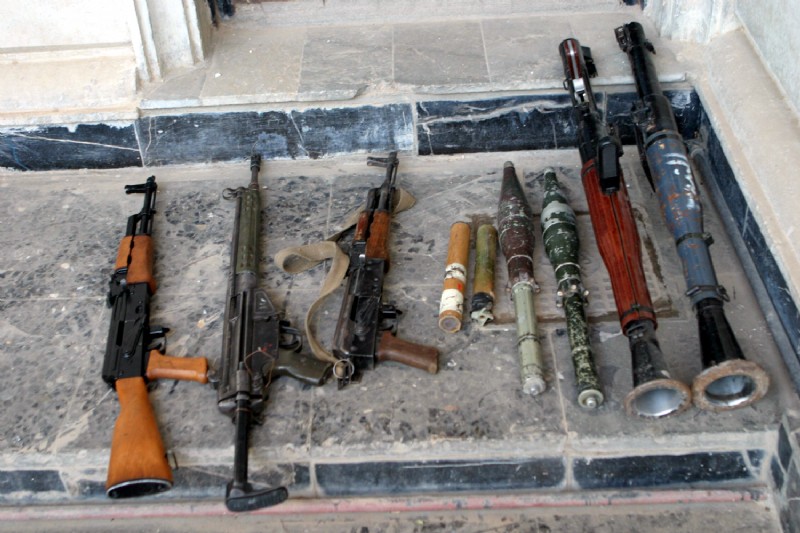 According to a new market research report, now available on ASDReports, "Light Weapons Market by Type (HMG, Light Cannon, MANPAT, Grenade, Mortar, MANPAD, Grenades, Missiles, Launcher, ATW, Landmine), Technology (Guided, Unguided), Application (Defense, Homeland Security) & Geography - Forecast & Analysis to 2014 - 2020", published by this report, the global light weapons market is estimated to be $9.62 billion in the year 2014 and is projected to cross $12.51 Billion by 2020, growing at a CAGR of 4.48% from 2014 to 2020. The light weapons market consists of guided and unguided weapons.

The unguided light weapons market consists of heavy machine guns, light cannons, recoilless rifles, MANPATS, grenade launchers, infantry mortars, grenades, and landmines. It covers 50.85% of the global market. The global unguided weapons market is estimated to be $4.89 million in 2014 and is expected to register a CAGR of 4.05% from 2014 to 2020.

The report provides a deep dive analysis of the global light weapons market and highlights on the key drivers, restraints, and challenges prevailing in this market. The emerging need for global security, along with the changing scenario of modern warfare serves as the major drivers for the market. The government regulations and demobilization activities are the major restraint for this market.

This report provides an in depth insight on the key market trends and technological trends prevailing in this market. The global light weapons market has numerous competitors who often engage in multinational joint ventures to win major contracts for innovating enhanced guided weapons. A typical example would be a multinational joint venture between Raymond Company (U.S.) and Lockheed Martin (U.S.) for the production and development of improved Javelin missile system. Modification and transfiguration of the existing weapons and development of highly integrated weapon systems are the technological trends prevailing in this market presently.

In this report, a complete geography-wise analysis of the global light weapons market is also projected, which includes application-level segmentations across North America, Europe, the Middle East, Asia-Pacific (APAC), and the Rest of the World (ROW). This report also incorporates the country-wise analysis of this market, which includes various developments, contracts, programs, and product launches over the next six years.

The primary market players of are from the U.S., and Europe who dominate the light weapons market in terms of technology, innovation, and on-time delivery. While, the light weapons market is growing very rapidly in the African, the Middle Eastern and the Asia-Pacific region. China, South Korea, South Africa, Israel, and U.A.E. are the prospective regions for rapid growth of market.

This report talks about the leading competitors of light weapons market, and apart from a general overview of the companies; it also provides details on their financial positions, key products, their unique selling points, their product portfolio, recent developments, SWOT analysis, and revenue analysis for the past three years.