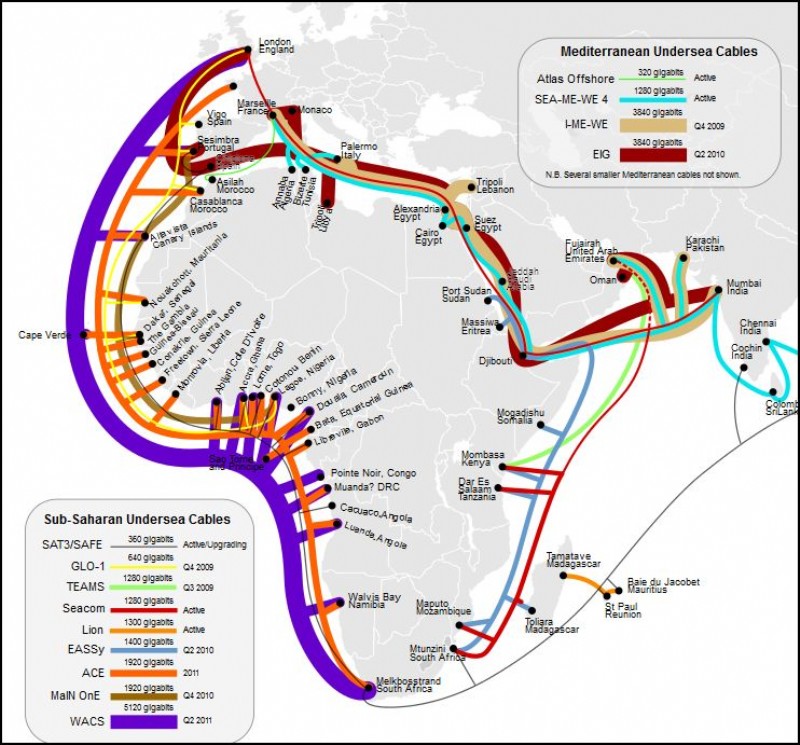 With mobile operators in Pakistan starting to shift their focus to value-added services, there was much anticipation in the market place when the PTA finally issued 3G licences through an auction process in April 2014. The government had in fact started to assign these licences way back in 2007. But delay after delay had occurred, much of which had not been properly explained by the authorities. When the licences were finally issued there were rapid network rollouts by the four operators that had secured licences at auction. In the meantime, overall mobile subscriber growth was continuing at a healthy rate of around 10% as the total number of subscribers passed 140 million in mid-2014.

Whilst the regulatory authorities had badly fumbled the task of auctioning the 3G licences, there was much of a positive nature in the Pakistan government’s opening up of the telecom market. The progressive implementation of the reform plans over a number of years had triggered a period of strong growth in the local telecom market. Up until recently the energy and growth was predominantly in mobile services; as the mobile market moderates, the focus has shifted to broadband access in its various forms. In the meantime, there has been no significant activity in fixed-line services as originally intended and in fact subscriptions in this sector are in decline.

Earlier on Pakistan’s telecom market had struggled with the transition from a regulated state-owned monopoly to a deregulated and competitive environment. The government initially focused on fixed lines setting out ambitious plans to increase fixed-line teledensity. After peaking at around 4% in 2008, fixed penetration had fallen to around 3% coming into 2014. And, at the same time, the majority of these fixed lines were in urban areas. A more balanced distribution would certainly be desirable in the longer term as 70% of Pakistan’s population live in rural areas. Some good news in the fixed-line market seemed to come with the arrival of Wireless Local Loop (WLL) services and the licensing of a multitude of WLL operators. This technology helped sustain what the limited fixed-line segment. WLL services constituted around half of the total fixed-line subscriber base by 2012, but this market segment had also started a decline by 2014.

Meanwhile, the focus of the market changed; the whole telecom landscape in Pakistan having shifted to mobile services with a phenomenal expansion occurring in this sector from 2005/2006 onwards. The number of mobile subscribers jumped from less than two million to 100 million in just eight years. Interestingly, despite the significant tightening of the national economy during 2009 the mobile market continued to expand at an annual rate of between 5% and 10%. The mobile networks were already covering well in excess of 90% of the population by then and this coverage continued on its expansion path.

While mobile penetration was strong and continuing its positive growth, internet penetration remained at relatively low levels coming into 2014. Broadband growth had been of particular concern with almost negligible growth for many years; finally, 2008/09 saw a promising upsurge in broadband subscriptions and this fresh growth pattern growth looked to be continuing, boosted by the spread of competition throughout the market and the increased adoption of wireless broadband solutions. Total broadband penetration remained relatively low, however, sitting at around 2% by mid-2014.

Control of internet content remained a big issue in Pakistan. The government has directed that the monitoring of websites for ‘anti-Islam content’ be undertaken by the PTA, the telecom regulator. By 2012, amid growing concern about greater restrictions on internet access in the country, the Human Rights Commission of Pakistan (HCRP), an independent body, said that already about 13,000 sites were inaccessible. The regulator said that the figure was closer to 2,000 sites. By 2013 the censorship of the internet by the government was becoming more intense. In a move in the opposite direction, in May 2014 Pakistan’s parliament voted unanimously to lift a ban on YouTube which had been blocked in the country since 2012.