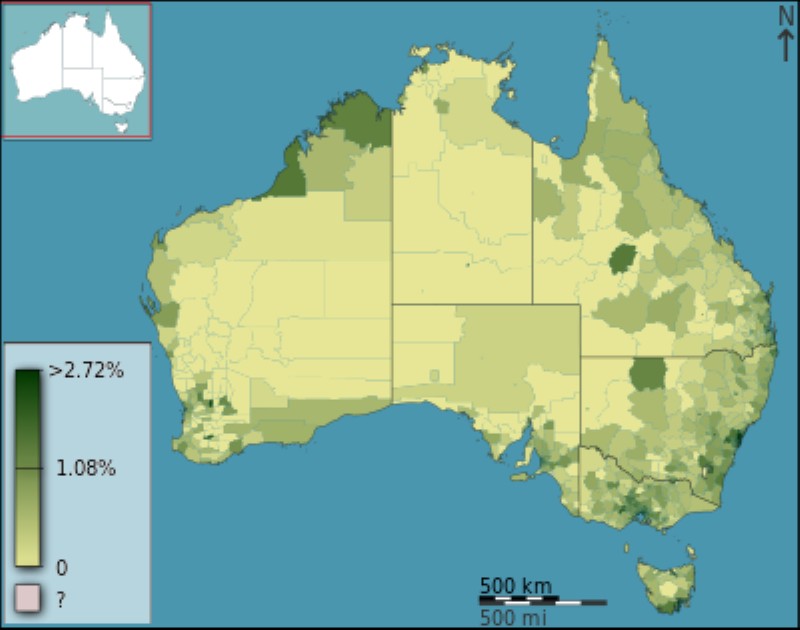 The report estimates that the overall telecoms services revenue will have grown only marginally in 2014, reaching about $42.9 billion. This will be largely due to the effects of continuing depressed revenue from Vodafone and Optus, offset by a resurgent Telstra and by a host of 2nd tier players which reported strong revenue growth in FY2014. These players in general anticipate reporting further revenue gains for FY2015. Competition among them, compounded by consumer expectations, continue to place pressure on pricing into 2015, particularly in the mobile voice and mobile data segments. Overall revenue growth into 2016 is expected to remain stable at about 1-1.5% annually.

Telstra retains its dominance in the Australian telecom market, enjoying a 61% market share of revenue. Its strong position has been aided by the poor strategic direction taken by Optus and Vodafone during the last two to three years, as well as by its own astute decisions undertaken recently. The sale of the company’s interests in some international businesses secured considerable profits which have enabled it to invest in new enterprises showcasing its growing interest in areas such as OTT services and healthcare.

Broadband continues to prosper as customers switch to mobile solutions

Australia’s broadband market has slowed since mid-2000s, reflecting higher penetration among consumers. The rapid growth in the number of wireless mobile broadband subscribers has maintained overall growth in the market in recent years, driven by smartphones and tablets. In 2014 the number of broadband subscribers is expected to have grown by about 2-3%, year-on-year. A key concern moving forward is how far operators should invest in DSLAM infrastructure. With the multi-technology mix for the NBN emphasising a combination of FttN and HFC architecture, the transition from DSL to fibre-based infrastructure will be on a far smaller scale than was envisaged only a year ago.

There has also been resurgent interest in WiFi, with Telstra in mid-2014 announcing plans to invest more than $100 million to build a network of some two million hotspots across the nation within five years. This is complemented by a growing number of municipal-backed WiFi zones.

In 2014 the residential broadband market is expected to be worth about $19.2 billion, a slight increase on 2013. With almost 90% of Australian households having home internet access by the tail-end of 2014, the sector is now more focussed on multiple broadband connections via both wired and wireless service providers.

Developments in this market have been dominated by industry consolidation, a process likely to continue over coming years. Size and reach have proven to be crucial for operators to flourish in a market dominated by only a few players, and with progress with the NBN set to be ramped up following a management overhaul.

Mergers, acquisitions and sales have resulted in significant changes in revenue for some players. AAPT, acquired from Telecom New Zealand by TPG in February 2014, shows indications that declining revenue over the last few years will provide positive growth into 2015. In general terms, most operators excepting AAPT performed well in FY2014, and look set to report strong financial gains into FY2015 as they take advantage of their assets and skill in providing cloud and data centre services to the corporate and government sectors.

Overall mobile services revenue growth by MNOs over the last few years has slowed to about 1%, though stronger growth from Telstra, at about 5% in FY2014, has offset declines from both Optus and Vodafone. Stagnant revenue from Optus should be expected from these last two operators into 2015, though towards the end of 2014 Vodafone pledged its determination to fight back and improve its market share through customer acquisitions. Significant investment in mobile networks, despite opting not to secure spectrum in the 700MHz band at auction, should provide customers with greater confidence in the company’s network capabilities.

The number of mobile subscribers continues to grow steadily, and by late 2014 mobile penetration had approached 132%. While subscriber growth is likely to continue in the next few years, this will slow in line with higher penetration, being about 2% for 2014 and into 2015.

Telstra remains the market leader with more than 16 million subscribers, while Optus has around 9.4 million and Vodafone now has fewer than five million, compared to about 7.6 million in 2010, before network failures caused customers to churn to other providers.

The release of spectrum for LTE use in early 2015 will go far to enabling Telstra and Optus to deliver their promised 98% population coverage with LTE by the end of 2016. Vodafone has concentrated on refarming its 800MHz concessions, lessening its spectrum disadvantage. Increases in capital expenditure by these MNOs will be required in coming years before notably gains in revenue can be realised.