For the First Time, Researchers Find Microplastics Deep in the Lungs of Living People 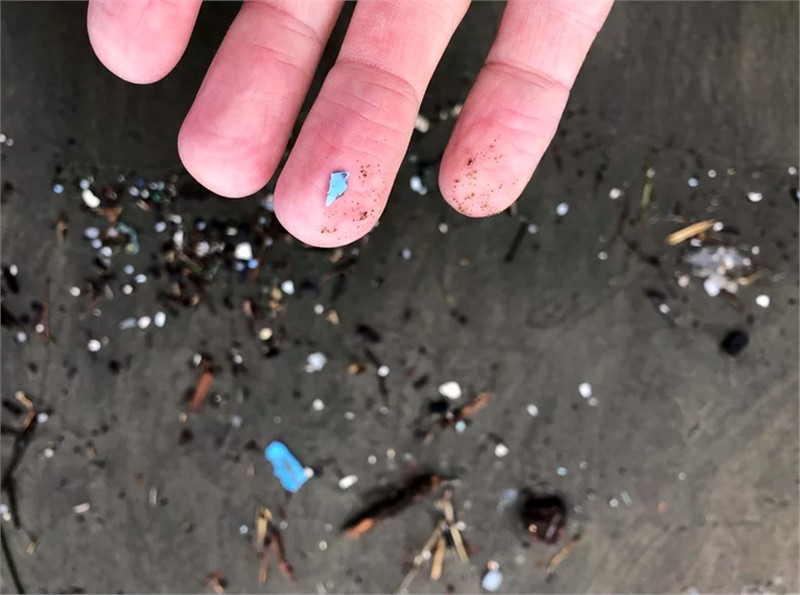 Researchers say they have found microplastics - tiny pieces of plastic debris that come as a result of the disposal of industrial waste - deep in the lungs of living humans for the first time.

The research, done at Hull York Medical School in England and published in the journal Science of the Total Environment, is the first robust study to identify the plastics in the lungs of living people. The plastics have previously been found in human blood, excrement and in the depths of the ocean.

"We did not expect to find the highest number of particles in the lower regions of the lungs, or particles of the sizes we found," Sadofsky said.

"This is surprising as the airways are smaller in the lower parts of the lungs, and we would have expected particles of these sizes to be filtered out or trapped before getting this deep into the lungs," Sadofsky added.

In the study, researchers collected lung tissue from surgical procedures on patients as part of their routine medical care.

Researchers identified 12 types of microplastics, which are commonly found in bottles, packaging, clothing and twine, along with other manufacturing processes. The microplastics included polyethylene, nylon and resins.

The world produces about 300 million metric tons of plastic a year and about 80% ends up in landfills and other parts of the environment. Microplastics can range from 10 nanometers - smaller than the human eye can see - to 5 millimeters in diameter, about the size of the eraser on the end of a pencil. The tiny particles can be found floating in the air, in tap or bottled water, and in the sea or soil.

A 2018 study found the plastics in stool samples, after feeding subjects in their regular diet packaged in plastics. And research published last month identified plastic particles in human blood.

"This is proof that we have plastics in our body - and we shouldn't," Dick Vethaak, an ecotoxicologist at Vrije Universiteit Amsterdam, told AFP.