Another Booster? A Vaccine for Omicron? Here's What Could Be Next for COVID Vaccines 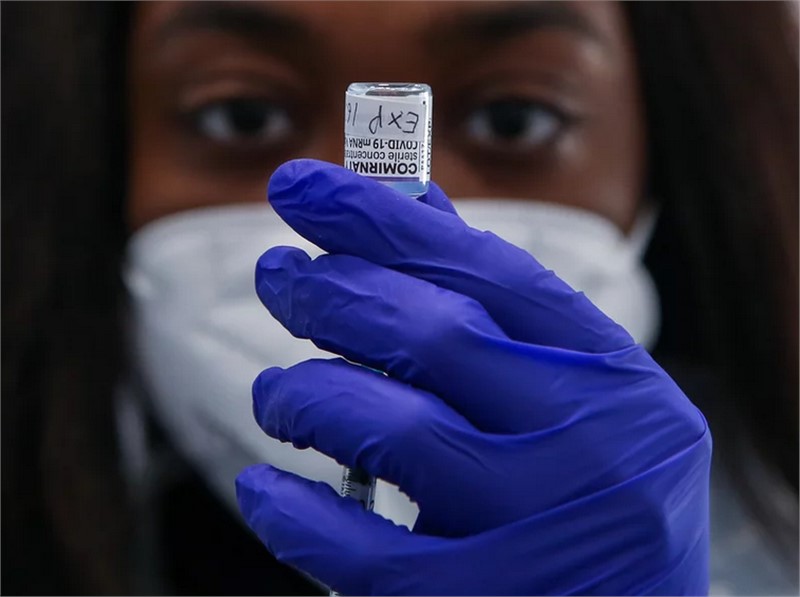 The Food and Drug Administration will meet with outside advisers to talk about the next steps in formulating a COVID-19 vaccination plan.

Most vaccinated people will probably require yet another COVID-19 vaccine booster shot in the fall, a top Food and Drug Administration official said Monday.

"That's when we'll probably have a fair amount of waning immunity in combination with likely further evolution of the virus, along with people going back inside," where the coronavirus spreads more easily, Dr. Peter Marks, director of the FDA's Center for Biologics Evaluation and Research, told NPR in an interview.

Marks says the U.S. must start planning now for whether everyone needs another shot and, if so, what kind of shot exactly.

"We could basically wait until another wave comes along and then try to make another vaccine and try to deal with it, but I think we know that doesn't work, because we can't manufacture and deploy vaccine fast enough," Marks says.

The FDA is convening a special meeting of the agency's independent outside advisers on Wednesday for a daylong meeting to begin to plan the next round of boosters.

The meeting comes about a week after the agency authorized a fourth shot — a second booster — for anyone age 50 or older to shore up immunity ahead of a possible new surge sooner than the fall. A more contagious omicron subvariant known as BA.2, which has fueled surges in other countries, is now dominant in the U.S., raising fears of another surge.

The tricky part of determining what do in the fall is determining what version of the coronavirus will be dominant by then, Marks says. It could be the omicron variant, but it could also be an entirely new variant. That raises doubts about just giving people a fifth shot of the current vaccine, he says.

"There is a certain diminishing return by giving the same vaccine over and over," Marks says. "We have had enough evolution of this virus that it would make sense to want to try to cover some of the genetic diversity that has been introduced into the mix."

One strategy would be to give people a new vaccine that specifically targets omicron or one of the other variants, such as beta, Marks says. Another option would be a new vaccine that combines at least two strains into one vaccine, which could provide even broader protection against any new variants that might emerge.

"By this fall, we may be on to a new variant. It could be sigma. It may be tau. There may be something new that may be circulating that we'll have to deal with," Marks says. "We're going to have to make a good guess at what may be most effective."

That's how the flu vaccine is formulated each year, though the influenza virus is more predictable than SARS-CoV-2, the coronavirus that causes the disease COVID-19.

So far, an omicron version of the COVID-19 vaccine hasn't produced very promising results in early testing. But scientists are waiting for more data about that shot and about other new versions of the vaccines that combine strains, such as omicron and the original strain, omicron and beta, or delta and omicron.

Another question is how often people will have to keep getting vaccinated moving forward.

"Will it be something like the yearly flu vaccine, or not?" Dr. Anthony Fauci, the White House science adviser, told NPR in an interview. "I have to emphasize: We don't know the answer to that right now."

Some experts worry that the FDA is just assuming another shot will be necessary, instead of focusing on the more important problem of vaccinating the unvaccinated and boosting the unboosted.

"The FDA agenda implies that, without open, transparent scientific discussion, ... that repeated boosting is the way of the future. There has yet to be a discussion of the goals of boosting and the trade-offs," Dr. Celine Gounder, an infectious disease specialist and senior fellow at Kaiser Health News, wrote in an email.

"People like to say we can walk and chew gum at the same time, but in a world of limited resources, there are choices and trade-offs to be weighed. What are we not doing at the expense of repeated boosting?" she says.

In a briefing document posted Monday, the FDA outlined the many questions that the advisory committee will discuss on Wednesday. One issue is whether the U.S. or the World Health Organization will take the lead in formulating the next version of the vaccine, as the latter does with the annual flu shot.

Unlike with the flu shot, regulators will need specific new data demonstrating that any new formulation of the vaccine is safe and effective, the FDA says.