Sensors - the Brains of a Naval Platform 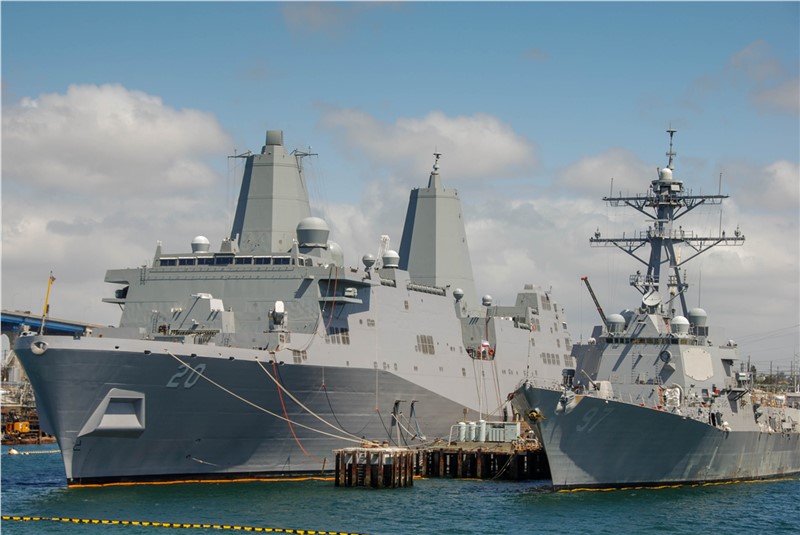 Naval sensors are typically used as detection systems across several naval platforms. These technologies are integrated onto the surface of naval combatants in order to strategize operations based on the surrounding environment of the vessel. The continuous technological integration and up-gradation with respect to naval munition and armament technology are some of the key factors that drive the growth of this market. The development of high sensitivity sensors is anticipated to expand the demand associated with this vertical.

Moreover, several countries have been focused on modernizing their existing fleet capability. Growth in system integration and remodeling has also boosted the growth dynamics of this sector. The rise in investment associated with research for naval platforms also supports the market expansion. The United States DARPA (Defense Advanced Research Projects Agency) is currently building a submarine that will never run out of power. The defense agency has currently given the contract to the company, Northrop Grumman Systems Corporation, and Martin Defense Group to build a demonstration version of the new UUV (Unmanned Underwater Vehicle). This technology is coined as Manta Ray.

The Unmanned Systems vertical is one of the fastest-growing naval platforms within the Global Naval Sensors Market. The rampant growth in requirement for asset security is one of the key reasons associated with the expansion of this market. Unmanned systems are cost-efficient technology solutions for data collection amongst underwater combatants. The technology portrays a high degree of proficiency as compared to manned surveillance platforms.

DARPA has awarded a contract to Metron to develop an energy harvesting system to power the submarine indefinitely. This technology will enable the system to carry out operations lasting months or years without the requirement for refueling. The technology is hereby anticipated to reduce operational costs linked to a typical UUV platform. The system’s structure facilitates minimum drag in addition to optimized power utilization. The researchers aim to develop a system that can harness energy from the sea. This system design provides Manta Ray an edge over robot submarines.

Manta Ray is anticipated to demonstrate, a class of long-range, long duration, and payload capable robot submarine. It can perform persistent operations in forward environments. The system can be retrofitted with modular sensor-based technologies. Manta Ray has the ability to carry systems ranging from a small towed sonar array (for submarine detection), and EW (electronic warfare) equipment. The technology can also be a carrier for acoustic sensors that are to be placed on the seabed for strategic mapping of the underwater landscape.

The sensors embedded in this technology are predominantly categorized into two sets namely, essential and payload. The essential sensors are used to determine the robot’s state while performing a mission, i.e. its orientation, depth, etc. The payload sensors on the contrary are used to obtain information about the robot’s environment. This data is used as mission-specific information which is utilized to structure the operation. An IMU (inertial measuring unit) and pressure sensor account for one of the key components associated with this technology.

Countries have also been investing heavily in indigenous programs to increase the naval defense contribution to the GDP. The inclusion of these programs boosts the direct, indirect, and induced employment within the Naval sensors market. The increased generation of employment amongst the population supports a positive multiplier effect. The spending capacity on a per capita basis within the economy would increase. This in turn would support and promote the growth in GDP contribution associated with the Naval sensors market.

The DODs has been investing in modular technologies which in turn increases the economies of scale associated with this industry vertical. The overall growth dynamics of this sector and its impact on the economy have been covered diversely within this report.  Indigeneity supports growth in terms of skilled labor linked to a market. This in turn boosts technical innovation and competition within a sector.

India is one of the naval forces that has been investing heavily in domestic defense technologies. The country is a developing economy that is rapidly moving towards increasing industrialization as well as urbanization. The indigeneity of the equipment within a naval warship is measured in terms of three categories within the Indian Navy, i.e. Float, Move, and Flight.

According to the Indian Naval plan for 2015-2030, the 3 categories had been indigenized to the extent of 90%, 30%, and 60% respectively. The flight segment accounts for EW equipment, combat systems as well as HF/VLF transmitters and HF receivers. Sonars and supersonic missile systems are also a part of this domain. The overall flight market accounts for systems that integrate naval sensors. Although, 70% of this segment comprises imports. Thus the trade balance within this market is negative. Hence India as a nation has been investing heavily in technology which can potentially increase the naval export base within this country.

The development of new designs and increased research infrastructure boosts the survivability of the existing technology in addition to producing optimal solutions. The increased investment in research with respect to quantum technology and quantum magnetometers is expected to create a shift in market trends. High sensitivity components like SQUID are now being optimized in order to enhance the existing detection systems. Continued research associated with this market segment is being conducted by China.