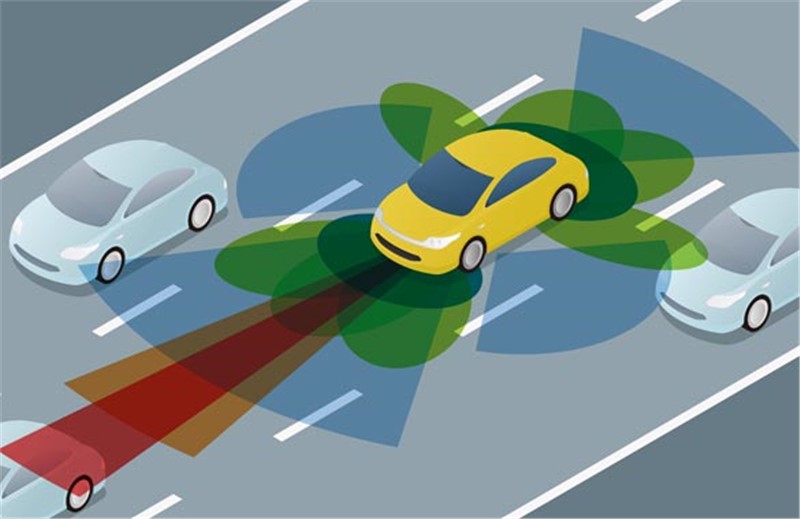 Vehicle production was low in April 2020 in major European countries and the US due to the ongoing COVID-19 pandemic. Earlier, the ADAS market was expected to witness rapid growth from 2022 onward as major safety regulations are outlined to be imposed, and deployment of autonomous driving systems was planned during the same timeline. As vehicle production is suspended, any new investment for advanced technology is unlikely. OEMs and tier 1 players are either using cash reserves or acquiring funds to continue operations during the crisis. OEMs are still skeptical about the recovery of vehicle sales to 2019 levels in 2020.

A tire pressure monitoring system (TPMS) uses sensors to detect tire pressure levels and alert the driver when the tire pressure is low. Two TPMS implementations are available: direct and indirect. Indirect TPMS uses ABS sensors to detect low tire pressure. If the pressure in a tire is dangerously low, its wheel speed will be different than the others. The ECU analyzes the rotation information and informs the driver about the low tire pressure. Direct TPMS uses different pressure monitoring sensors for individual tires. These sensors transmit the data to the ECU for analysis, and every sensor has a unique serial number. Post analysis, the system can easily identify the tire with low pressure using the serial number and display a visual warning on the dashboard.

The inclusion of TPMS is standard in all leading automobile markets such as the US, European countries, and some Asia Pacific countries. While TPMS was earlier mandated only for passenger cars in Europe, it is now to be mandatorily installed in vans, trucks, and buses by 2022. China announced that all new vehicles from 2019 would have standard TPMS, while Japan, Russia, South Korea, and Turkey have already mandated TPMS as a standard in new vehicles. Such large-scale regulation of TPMS has spiked its penetration in major automotive markets. Further growth of the TPMS segment will depend on increasing vehicle production and its implementation across all vehicle types, post 2022.

LCV segment will be a key market for ADAS

Light commercial vehicles (LCVs) are most often used for last-mile distribution and personal travel. OEMs such as Ford Motors and Nissan are offering LCVs fitted with ADAS systems. Pick-up trucks are significantly popular and a major revenue source for OEMs such as GMC and Ford in the US. These OEMs offer a wide range of these trucks to attract more consumers. They are one of the most versatile vehicles under any driving conditions, which makes them a preferred choice compared to SUVs and sedans, especially for families. OEMs are also increasing investments in this segment to include more comfort features such as those in passenger cars in the LCV segment.

An increase in safety awareness and demand for driving comfort among consumers will be prominent factors for the growth of the LCV segment in the ADAS market. OEMs are quick to respond to trends in the LCV segment and are investing significantly to offer more features in this segment. For instance, GM announced an investment of USD 2.2 billion in its Detroit-Hamtramck assembly plant to produce all-electric trucks and SUVs. An additional USD 800 million will be invested for supplier tooling and other activities related to the launch of the new electric trucks. According to the OEM, these pick-up trucks will be in production by late 2021. More such investments in the LCV segment would create opportunities for ADAS solution providers in the LCV segment.

Europe is expected to be the largest ADAS market in 2020

Stringent safety regulations are expected to drive the demand for ADAS in Europe. France is one of the fastest-growing markets for ADAS in Europe. In 2018, France contributed approximately 12% to the total vehicle production in the region as per the European Automobile Manufacturers Association. Several safety mandates have been implemented by the French government. For instance, in 2015, the government made it compulsory to install automatic emergency braking (AEB) and lane departure warning (LDW) in all new heavy trucks.

The increasing production and sales of luxury vehicles due to strong economic growth play a major role in Germany. Major German OEMs such as Volkswagen and Daimler AG have incorporated advanced features to enhance the driving experience. These OEMs offer most ADAS features as standard in their premium segment vehicles. In mid-segment SUVs and sedans, essential ADAS features are offered under additional packages.