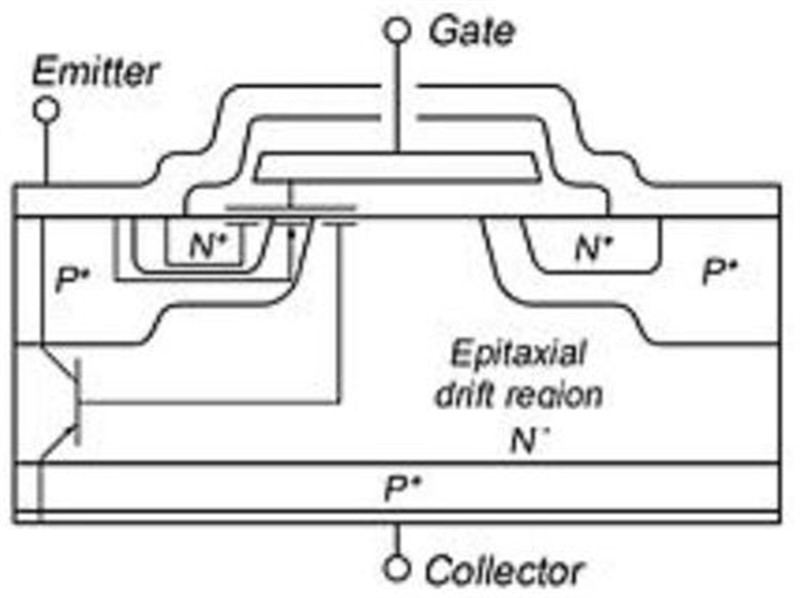 According to the research report "IGBT & Thyristor Market by Packaging Type (IGBT Discrete, IGBT Module), Power Rating (Medium Power IGBT, High Power IGBT), Voltage (Below 400V, 600-650V), Application (Power Transmission Systems, Motor Drives), and Region - Global Forecast to 2025", the global IGBT market size is estimated to grow from USD 5.3 billion in 2020 to USD 6.6 billion by 2025, at a CAGR of 4.6%. The global thyristor market size is expected to grow from USD 781 million in 2020 to USD 849 million by 2025, at a CAGR of 1.7%. The key factors fueling the growth of the IGBT and thyristor market are the implementation of government initiatives in various countries towards the replacement of aging power infrastructure, and the adoption of electric motors in industrial, commercial, and residential applications.

“IGBT module accounted for a large share of the IGBT market in 2019.”

IGBT module accounted for a large share of the IGBT market in 2019, driven by the increasing adoption of electric and hybrid electric vehicles all over the world. Countries such as Germany, the US, China, and Belgium have contributed significantly to the global sales of EVs/HEVs. IGBT modules are suitable for high-power applications, such as EVs/HEVs. Moreover, government initiatives undertaken around the world to promote the use of HVDC systems for long-distance power transmissions are fueling the demand for IGBT modules. HVDC projects such as Viking Link (UK–Denmark), Russia–Japan Energy Bridge (Russia–Japan), Buk Dangjin–Godeok HVDC transmission link (South Korea) are expected to foster the growth of the market for IGBT modules in the near future.

The high power IGBT (more than 1 MW) is projected to lead the IGBT market with the highest CAGR from 2020 to 2025. This growth is attributed to the growing adoption of high-power IGBTs in HVDC systems, wind turbines, solar inverters, and EVs/HEVs. High-power IGBTs can operate on more than 1 MW power, which makes it suitable for high-power applications. The replacement of aging power transmission lines to HVDC and FACTS has contributed significantly to the growth of high-power IGBTs. Atlantic Wind Connection – Transmission (US), Grain Belt Express Clean Line (US), and TransWest Express Transmission (US), Zhou Shan, Gezhouba – Shanghai (China), Tian-Guang (China), and Three Gorges – Changzhou (China), Russia – Japan Energy Bridge (Russia–Japan) are some of the HVDC projects that have had a significant impact on the market growth.

The power transmission systems application held the largest share of the thyristor market in 2019. The major factor contributing to the growth of this application is the increasing deployment of thyristors in HVDC systems and FACTS due to their low-power loss capability.
HVDC systems and FACTS employ thyristors to DC to AC and AC to DC conversion. Increasing number of HVDC and FACTS projects, such as the State Grid Corporation of China (SGCC) Transmission Lines (China), Russia–Japan Energy Bridge (Russia–Japan), Atlantic Wind Connection – Transmission (US), BRITIB Project (Spain–France–UK), and the Grain Belt Express Clean Line (US), has driven the market growth over the years.

“APAC is expected to grow at the highest CAGR during the forecast period.”

APAC is projected to lead the global IGBT market at the highest CAGR from 2020 to 2025. This growth can be attributed to the increasing sale of electric and hybrid electric vehicles in APAC countries. China, Japan, South Korea, and India are the major markets for EVs/HEVs in APAC. In 2018, China alone accounted for  98% of the global sales of electric buses, which has contributed significantly to the dominance of APAC.

Initiatives taken by the governments of APAC countries to promote the use of these vehicles are expected to further drive the market demand in the near future. For instance, the Indian government approved the subsidy of USD 1.4 billion to support domestic manufacturers of electric vehicles. Also, the presence of a few of the world’s largest wind farms and major solar power projects in the region has driven the growth of the IGBT market.