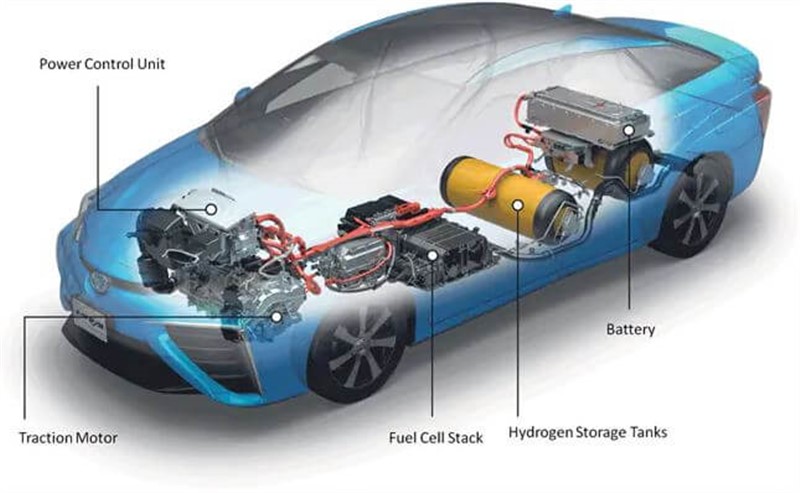 Passenger car segment to be largest in the automotive fuel cell market, by vehicle type

The rising demand for personal mobility and increasing per capita income are driving the sale of passenger cars. There are several fuel cell passenger car models available in the market. Due to the high demand for passenger cars, large passenger car production capabilities, stringent emission norms, comparatively lower fuel cell production costs, and increasing investments by leading fuel cell manufacturers such as Ballard Power Systems, the passenger car segment of the automotive fuel cell market, by vehicle type, is projected to lead the market. Realizing the huge potential of fuel cell passenger cars, many companies are planning to launch their models in the coming years. For instance, BMW is planning to introduce the fuel cell technology developed together with Toyota in the BMW X6 and X7 in the coming years. At the International Automobile Exhibition (IAA) 2019, BMW presented the ‘i Hydrogen Next,’ a fuel cell study based on a BMWs X5 model. The company announced in September 2019 that a fleet of these vehicles would be on the roads by 2022.

Fuel Stack is projected to be the largest segment of the automotive fuel cell market, by component

The European automotive fuel cell market is driven by government support and funding. Europe has set a very ambitious goal of reducing 80% CO2 emissions by 2050 and created a roadmap for the same. Under this, the FCHJU was established in 2008 and was carried out until 2013 as the first public-private partnership under the European Strategic Energy Technology Plan (SET-Plan). Its objective was to accelerate the development of fuel cells and hydrogen technologies in Europe to enable their commercialization. The continuation and further strengthening of the program have been proposed under Horizon 2020, the new innovation investment package for 2014 to 2020. The Joint Initiative for Hydrogen Vehicles across Europe (JIVE) was started in 2017 to deliver 139 fuel cell buses and hydrogen refuelling infrastructure across five countries. A year later, the next phase of the initiative (JIVE 2) was launched alongside the original six-year program. Combined, the JIVE and JIVE 2 programs plan to deploy nearly 300 fuel cell buses in 22 cities across Europe.

The key players in the market include Ballard Power Systems, Plug Power, Delphi Technologies, Doosan Corporation, Proton Power Systems PLC, and Hydrogenics, and among others. These companies have followed supply contracts/agreements/partnerships/collaborations/joint ventures key strategies to gain traction in the automotive fuel cell market.