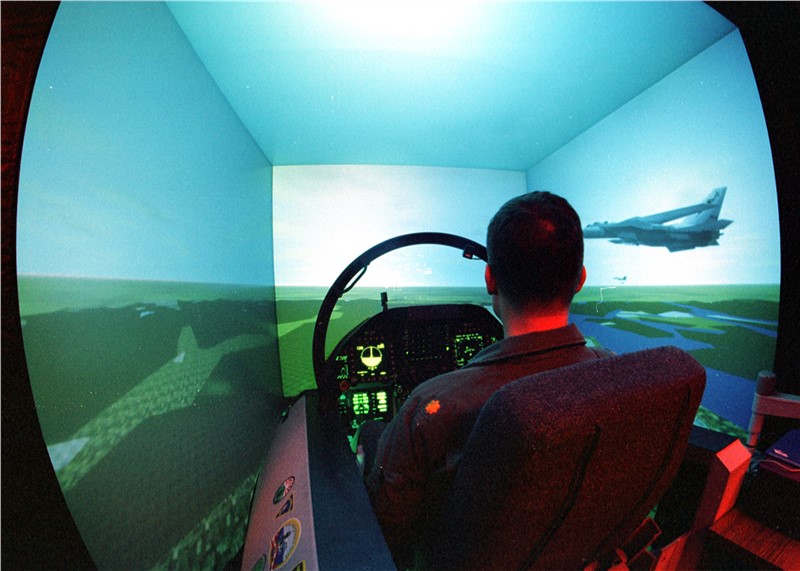 According to the research report the "Simulators Market by Type (ATC, FMS, Driving, Vessel Traffic Control), Solution, Platform (Airborne, Land, Maritime), Technique (Live, Virtual & Constructive, Synthetic Environment, Gaming), Application, Region - Global Forecast to 2025", The simulators market is estimated to be USD 21.5 billion in 2019 and is projected to reach USD 27.9 billion by 2025, at a CAGR of 4.4% from 2019 to 2025.

The growing demand for pilots in the aviation industry and the acceptance of virtual pilot training to ensure aviation safety are some of the significant factors attributing to the growth of the simulators market during the forecast period. The need for cost-cutting in pilot training and the reduction in military budgets of developed countries are driving the growth of the market.

Based on application, the military segment is anticipated to grow at the highest CAGR during the forecast period. High costs involved in military training, and risks that they pose to human life have led defense forces of different countries across the globe to adopt computer simulation models, computer wargames, and simulators while training their personnel. With continuous advancements in technologies related to simulation, operational costs of military training have reduced, thereby leading to the increased use of simulators in military training.

The live, virtual & constructive segment projected to grow at the highest CAGR from 2019 to 2025

Based on technique, the live, virtual & constructive simulation (LVC) segment is projected to grow at the highest CAGR during the forecast period. Several defense organizations worldwide are increasingly adopting LVC training environments in their training programs. This technique saves money and pushes the boundaries of conventional training. With the reduction in military budgets in various developed economies, there is a demand for low-cost LVC military crew training solutions, which is anticipated to fuel the growth of this segment during the forecast period.

Based on region, the North America region is expected to witness substantial growth during the forecast period, especially in the US and Canada, due to the presence of major simulator manufacturers, such as CAE Inc. and L3Harris Technologies, Inc. The rising orders to replace the old navy fleet with new ones from countries such as the US and Canada and the rise in export of goods are other significant factors driving the demand for new ship commanders and crew, which, in turn, is increasing the demand for simulators to train them. According to Boeing Pilot Outlook by Region 2019, the North American region is expected to require more than 212,000 commercial airline pilots from 2019 to 2038. This, in turn, is expected to boost the demand for simulators for pilot training in the region during the forecast period.

The simulators market has been gaining traction over the past few years, due to the presence of several established companies as well as startups. Some of the major players in the simulators market include CAE Inc. (US), L3Harris Technologies, Inc. (US), Thales Group (France), Saab AB (Sweden), Indra (Spain), and Flight Safety International(US).