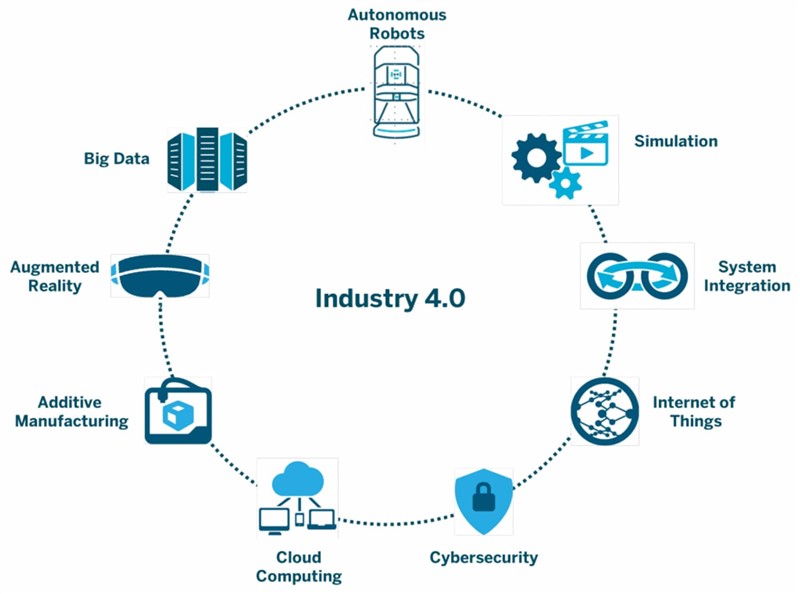 According to latest market research report "Industry 4.0 Market by Technology (IoT, Artificial Intelligence, Industrial Metrology, Industrial Robotics, AR & VR, Blockchain, 3D Printing, Digital Twin, and 5G – Offering, Application, and End Users) and Geography- Global Forecast to 2024", is estimated to be valued USD 71.7 billion in 2019 and is expected to reach USD 156.6 billion by 2024, at a CAGR of 16.9% from 2019 to 2024.

Increasing adoption of the industrial internet worldwide in manufacturing units and growing focus on enhanced efficiency of machinery and systems and reduced production costs play a significant role in the growth of the market worldwide. Also, the growing demand for industrial robotics is expected to fuel the growth of the Industry 4.0 market

The speed and reliability of 5G are expected to have a massive impact on M2M and IoT. Key reasons for the increased adoption of new M2M technologies are better connectivity for smooth communication and low power requirement. To achieve effective machine-to-machine communication, the existing capacity of mobile networks must be able to handle billions of nodes that are expected to ascend in the next couple of years. Currently, the network capacity is inefficient to handle M2M and human-based communications, as well as their different communication patterns such as latency time.

An increase in the adoption of robotics in countries such as China, Japan, and South Korea is among the major factors leading to the growth of the Industry 4.0 market in APAC. Also, low production cost in APAC countries enables manufacturers to set up manufacturing facilities in this region. APAC is projected to grow at the fastest rate, considering continuous technological advancements and financial support from the governments in the region, as well as extensive industrial base, with Japan and China being the major contributors. China has been working on an innovative industrial practice by implementing automation technologies in manufacturing companies.