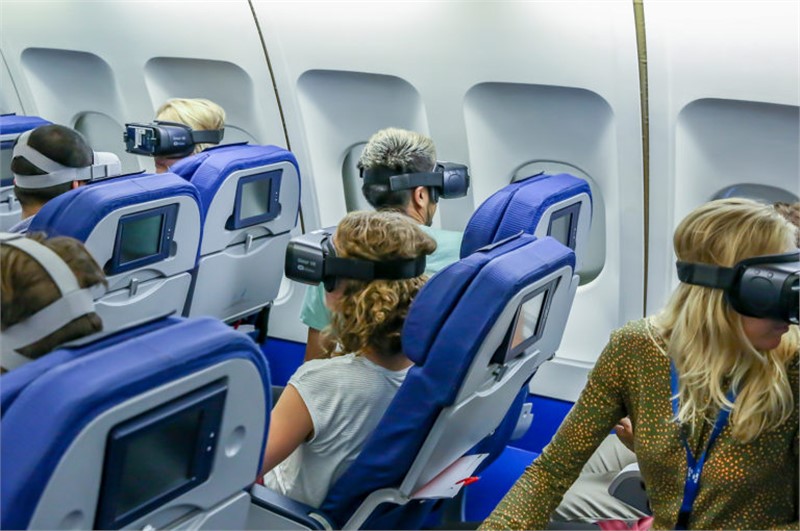 The Augmented and Virtual Reality (AR VR) Market in Aviation, is expected to reach USD 1,372 million by 2025 from USD 78 million in 2019, registering a CAGR of 61.2% from 2019 to 2025.Improved passenger experience is a significant growth driver for the augmented and virtual reality market in aviation. Reduced chances of human error also drive this market.

By function, the operation segment is projected to grow at a higher CAGR during the forecast period.
Increasing demand for air travel around the world has given rise to aircraft demand and greenfield and brownfield airport projects. To cater to this growing demand, manufacturers, airports, airline, and maintenance, providers must adopt efficiency measures that improve their operational efficiency as well as save costs. Thus, the operation segment for augmented and virtual reality market in aviation is expected to grow at the fastest rate during the forecast period.

By component, the software segment is projected to grow at the highest growth rate during the forecast period.
AR VR hardware consists of sensors, displays, cameras, processors & controllers, cases, among others. These are a one time buy from the end-users. Whereas software used to support the hardware is continuously updated. The software will have many more evolutions as the time progresses, and more features are needed to be integrated within the hardware. Thus, the software segment for augmented and virtual reality market in aviation is expected to grow at the highest rate during the forecast period.

Along with this, the demand for commercial aircraft is continually increasing, due to which aircraft manufacturers are expanding their product line, thus creating a significant demand for efficiency in their operations. Therefore, this, in turn, is expected to drive the North American market for AR VR in aviation.