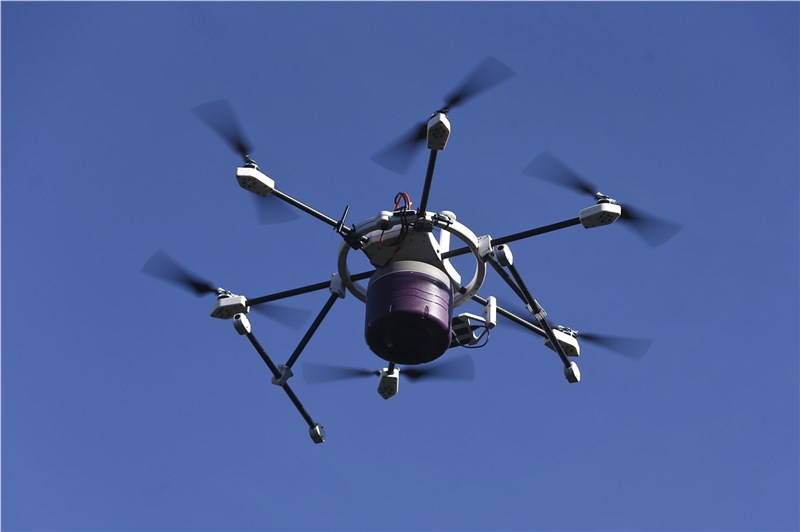 In the current era, drones largely encompass a broad scope of application areas, ranging from agriculture, public safety, delivery of goods, photography, and surveillance. As the need for unmanned drones continues to rise further, there is a critical need to maintain safety and transparency while conducting operations in the airspace. In 2018, NASA developed an architecture for remote identification along with other industry stakeholders that participated in the demonstration process. The test provided an in-depth approach and rendered an efficient way on how to remotely identify an aircraft in the airspace. Also, in 2017, Aviation Rulemaking Committee (ARC) presented diverse viewpoints regarding remote ID and tracking of drones. These viewpoints are concerned with technological solutions such as cost effectiveness and better communication infrastructure. n official framework and rules for remote ID is anticipated at the end of 2019 by FAA.

The need for remote drone identification systems is finding new markets particularly in Asia-Pacific and Middle East countries and no longer restricted to American and European markets. Asia-Pacific has been identified as the fastest growing market for these systems. Geopolitical issues and rising security concerns in urban areas and near critical infrastructure are the main reasons for its steep growth among several countries. Other factors include thriving drone market, changing regulatory landscape, and falling cost of electronic components, among others. China, Australia, India, and Japan are major markets for remote drone identification and commercial drone sales in these countries are going to see a strong growth.

The global remote drone identification system market is driven by number of factors such as growing instances of illegal drone activity, advancements on drone industry, and increased military and commercial applications of drones. Rising security concerns over illegal drone usage has prompted various companies to develop detection and tracking technologies. Earlier detection technologies were used to track drones but it was soon realized that they are not sufficient to detect and identify drones all the time.

AirMap, Unifly, Wing, Wright Technologies, FLARM, Vodafone, Verizon, Intel, and Aaronia AG among others, are some of the key stakeholders that are collaborating with other companies for developing a solid technological solution for remote identification along with cost efficient approach to implement a framework for remote ID.

According to Sudheer Uniyal, a lead analyst “The implementation of remote ID is likely to unlock new applications in high-risk areas, especially urban airspace. For applications in some near-range, Bluetooth and Wi-Fi technologies has a huge potential. Further, depending on the progress of remote ID regulations, we could start seeing drones using e-identification within the next 5 years.”

This report is a meticulous compilation of research on more than 25 players in the global remote drone identification ecosystem and draws upon insights from in-depth interviews with the key opinion leaders of more than 15 leading companies and market participants. The report also profiles 17 companies among which are AirMap, Unifly, Kittyhawk.io,Inc., Wing, Exponent Technology Services, Unifly, and uAvionix, among others.