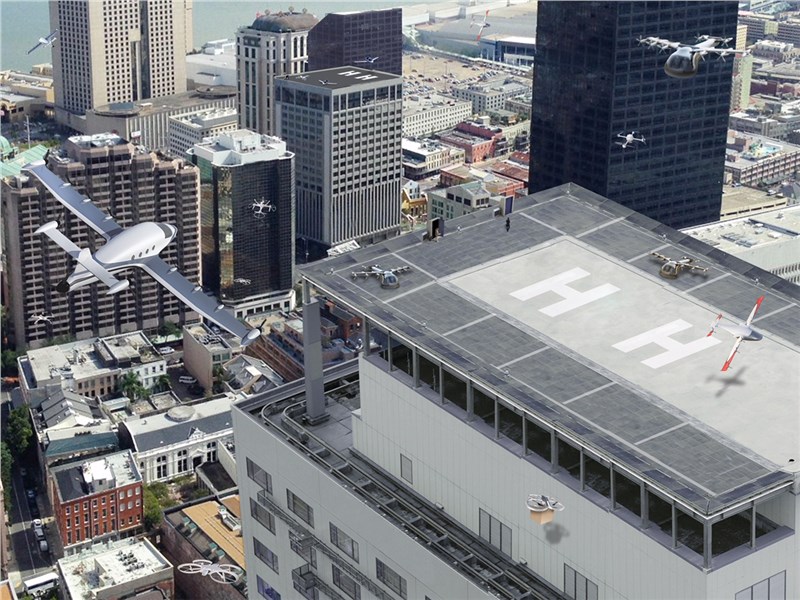 The increasing demand for an alternative mode of transportation in urban mobility for commercial applications and technological innovations in unmanned technology are the major factors driving the market.

“By component, the platform segment is expected to lead the market during the forecast period”
Based on component, the urban air mobility market has been segmented into infrastructure and platform. The platform segment is projected to grow at a higher CAGR from 2018 to 2030. This growth can be attributed to the increasing demand for eVTOLs for intracity and intercity transportation. In addition, with significant investments pouring into the development of drone infrastructure, the possibility of using drones for passenger and cargo transport is gaining traction in the platform segment.

“By operation, the autonomous segment is expected to lead the market during the forecast period”
Based on operation, the urban air mobility market has been segmented into piloted and autonomous. The autonomous segment is projected to grow at a higher CAGR than the piloted segment during the forecast period. The demand for autonomous eVTOLs for commercial application is expected to drive this segment. Autonomous aerial vehicles can be used in several areas of operations. These vehicles are programmable autonomous robots that can carry out tasks at high altitudes with increased power capacity.

“Europe is projected to lead the market during the forecast period”
Based on region, the Europe urban air mobility market is projected to witness the highest growth rate during the forecast period. The market growth in this region can be attributed to the increasing investments be leading eVTOL manufacturers to develop UAM for commercial applications. Investments are mainly driven by new product developments in European countries. Europe is one of the growing markets for eVTOLs as countries in this region, such as Germany, France, Estonia, and Bulgaria, among others are actively focused on developing the UAM ecosystem to facilitate cost-effective transportation. Another reason attributed to the high growth of this regional market is the increasing number of manufacturing bases for commercial eVTOLs in Europe.

Some of the major players operating in urban air mobility market include Kitty Hawk (US), Lilium (Germany), EHang (China), Volocopter (Germany), and A3 by Airbus (US).