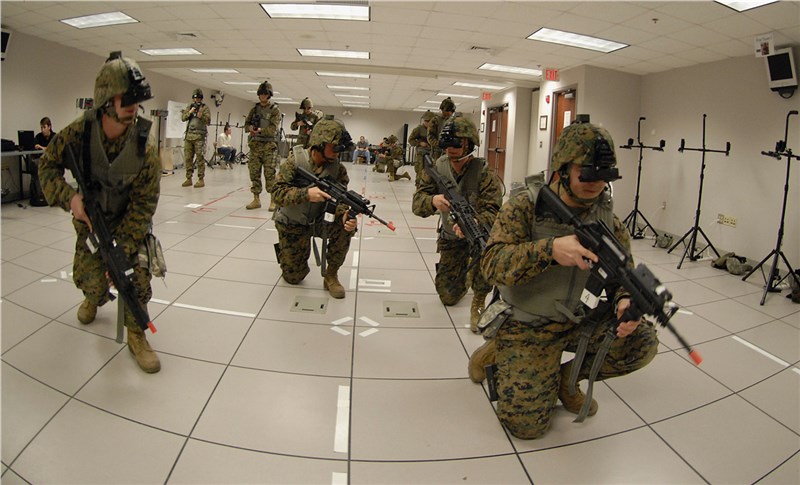 The virtual reality (VR) market is expected to grow from USD 7.9 billion in 2018 to USD 44.7 billion by 2024, at a CAGR of 33.47% during the forecast period. The penetration of HMDs in the gaming and entertainment sector, huge investments in VR market, advancement of technology and growing digitization, and availability of affordable VR devices are the major factors fueling the growth of the overall market.

Consumer application to lead virtual reality market during forecast period
Virtual reality technology offers remarkable results regarding visual effects when used in gaming and sports broadcasts. The demand for head-mounted displays is high in consumer applications because of their use in gaming and sports & entertainment. The use of head-mounted displays as smart glasses in sports (such as ski driving and fighting games) is increasing day by day. The demand for the development of VR apps is high in the entertainment sector to enhance the user experience in sports broadcasting, gathering information through social networking sites, and so on.

Head-mounted displays to lead virtual reality market owing to its increased use in consumer and healthcare applications
Virtual reality HMDs find major applications in gaming and entertainment, healthcare, retail and ecommerce, and enterprise applications. The VR HMDs help in patient engagement and also in their discharge training. VR HMDs can also be used for rehabilitation of patients and improve their mental and behavioral health through VR games. Along with gaming and entertainment, the use of VR HMDs in retail and ecommerce sectors will drive the VR market during the forecast period.

APAC to be fastest-growing region in virtual reality market during 2018–2024
The presence of major companies and a high number of start-ups in APAC are the keys factors to drive the adoption of VR devices in the region. The companies such as Sony, Samsung Electronics, and HTC have played a crucial role in the growth of the VR market in the region. With the advent of local VR device manufacturers, APAC is expected to lead the overall VR market by 2024. It will be followed by North America, which is also expected to hold a significant share in the overall VR market owing to the early adoption of this technology and a large number of companies in the region.

Sony (Japan), Samsung Electronics (South Korea), Google (US), Microsoft (US), HTC (Taiwan), Oculus (US), Eon Reality (US), Vuzix (US), CyberGlove Systems (US), Leap Motion (US), Sensics (US), Sixense Enterprises (US), Nintendo (Japan), Psious (Spain), Mindmaze (Switzerland), WorldViz (US), Firsthand Technology (US), Virtuix (US), Survios (US), Merge Labs (US), SpaceVR (US), and Virtually Live (Switzerland) are among the major virtual reality vendors in the market.