Australia - Mobile broadband 6.6 M subscribers expected by end 2014, according to a new study on ASDReports 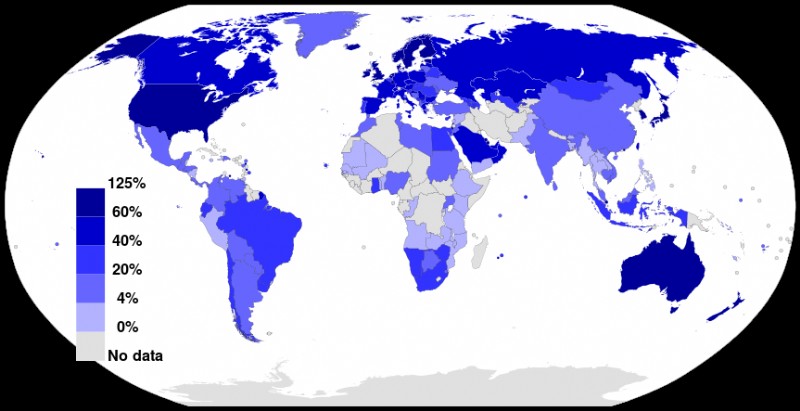 The Australian telecoms market currently operates in a two-tiered fashion and while the greatest attention of politicians and the media is focused on the national broadband market the real market action in 2014 is again taking place in the mobile broadband market.

Telstra has further strengthened its position as the clear leader. However, Optus and Vodafone – whose networks are now also ready for competition – have indicated that they will challenge Telstra and a price war is set to be unleashed in the mobile broadband market, with all three players battling it out over their new 4G LTE infrastructure. Unless the two challengers are successful there is the looming threat of monopolistic tendencies in this market.

Total mobile services revenue is expected to reach about $18.2 billion for 2014. Further growth is anticipated for 2015 but will be moderate given the introduction of lower network termination rates and the falling costs of monthly mobile broadband packages. In addition, the mid-2014 decision by the ACCC to regulate the wholesale SMS market will lead to a reduction in revenue derived from SMS services, to the benefit of consumers. There are considerable growth opportunities from the rapidly developing LTE sector, which has seen a significant number of devices marketed by operators. All three MNOs have extensive LTE networks in play, and with population coverage of above 98% anticipated by the end of 2016 there will soon be many more consumers able to tap into the high-end mobile data market. However, effective competition among MNOs will reduce their ability to charge premium rates for LTE services, and so mobile data revenue will not be proportional to growth in data traffic.

One of the key issues for the industry moving beyond 2015 is the need for more spectrum required to keep up with demand for mobile broadband services and the traffic carried on networks. Some of this will be addressed from early 2015 when Telstra and Optus are able to make use of the 700MHz concessions.

Mobile broadband access using 3G and 4G/LTE networks has expanded steadily as users continue to add tablets, modems and phones as alternative communication methods. Mobile broadband is also a key contributor to the economy, with a recent ACMA report finding that the Australian economy would have been $7.3 billion smaller between 2006 and 2013 without the additional productivity benefits of mobile broadband services.

By the end of 2014 it is anticipated that there will be some 6.6 million mobile broadband subscribers in Australia, and a growing proportion of them will be on the LTE networks of Telstra, Optus and Vodafone. These MNOs have invested in spectrum and network upgrades to bolster network capacity, while the geographic extension of LTE will see wider take-up from consumers in coming years. Although the MNOs will be expecting a greater return on their investments, partly by charging a premium for LTE services, the report expects that revenue growth will remain at 2%-3% annually, with ARPU continuing to decline in response to price competition.

The recent NBN review showed that the uptake of high-speed broadband services is greater than expected. This had already become clear over the last few years with the rapid uptake of the interim satellite service. While in this case the coverage area remains around 7% (just under one million premises) the projected uptake of 230,000 premises was grossly underestimated, and obviously this has an effect on the capacity of the satellite and fixed wireless networks that are under construction.

The report estimates that the overall telecoms services revenue was about $42.5 billion in 2013, slightly down on revenue in 2012, as a result of poorer results from Vodafone and Optus

Growth has in fact been subdued since 2011, largely due to competitive pressure on pricing among operators, as well as the continuing economic uncertainty among some sectors of society which has reduced discretionary spend. This is expected to continue throughout 2014 and 2015, with revenue growth limited to about 1%-1.5% annually. Most fixed-line and mobile voice services are now at levels where consumers would not tolerate price increases, so opportunities to drive increases in consumer and business expenditure in the short term are limited to mobile broadband services based on 4G/long-term evolution (LTE) technologies, fibre, and cloud data-housing.