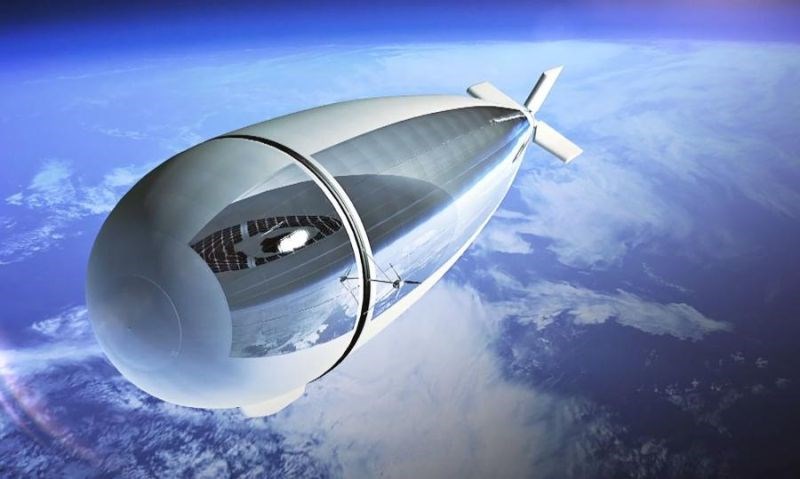 According to a new market intelligence report, now available on ASDReports, titled "Global High-Altitude Aeronautics Platform Station Market, Analysis & Forecast, 2018 - 2028", the HAAPS market is expected to reach $12.40 billion by 2028. HAAPS is considered to be a powerful technology which has competitive advantage over conventional satellites and terrestrial-based systems. On the basis of platform, HAAPS are categorized as unmanned aerial vehicles, airships, balloons, tethered aerostats, and tethered drones.

The global HAAPS market is driven by several factors, such as competitive edge over conventional satellite systems in terms of cost of operation & maintenance, increased tensions across the borders, and growing terrorism. Moreover, the military modernization programs of different armed forces across are strengthening the homeland security of the forces, pushing the sales of HAAPS.

The key manufacturers of HAAPS are indulging in partnerships, contracts, and joint ventures strategies to develop innovative solutions into the market. According to BIS Research Analysis, the global HAAPS market was estimated $3,756.8 million in 2017.

With the increasing opportunities around HAAPS, companies operating in this industry are compelled to come up with collaborative strategies in order to expand their business. Moreover, extensive R&D activities and appropriate regulatory environments are also a prerequisite for sustained growth of the market.  Lockheed Martin, Raytheon, Raven Aerostar, Thales Alenia Space, and Bye Aerospace, and Airbus are some of the manufacturers of HAAPS.

HAAPS are majorly used by commercial, government and military forces. Commercial segment is expected to register the highest CAGR in the forecast period (2018-2028) owing to the increasing developments in HAAPS for telecommunication and space tourism applications. The market share of military end-user is also anticipated to increase considerably during the forecast period.

According to Sudheer Uniyal, “the growing need for high-capacity wireless communication services is likely to push the development of HAAPS to provide wireless connectivity”.

The market report provides a detailed analysis of the recent trends influencing the market, along with a comprehensive study of the future trends and developments. It also includes a competitive analysis of the leading players in the industry, including corporate overview, financials, financial summary, and SWOT analysis. The overall market has been segmented by platform, namely: unmanned aerial vehicles, airships, balloons, tethered aerostats and tethered drones. Another segmentation has been done based on end users namely: commercial, government, and military. The report also includes a comprehensive section on the geographical analysis including country-wise analysis for more than 9 countries.

This report is a meticulous compilation of research on more than 50 players in the HAAPS ecosystem and draws upon insights from in-depth interviews with key opinion leaders of more than 10 leading companies, market participants, and vendors. The report also profiles around 12 companies namely AeroVironment, Inc., Airbus Group SE, AlphaLink, Augur RosAeroSystems, Bye Aerospace, Lockheed Martin, Raven Industries, Thales Group, and TCOM L.P., among others.