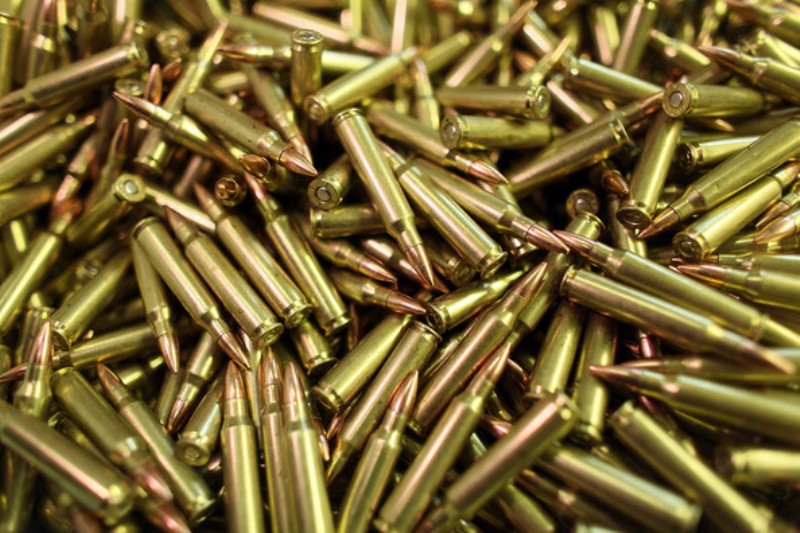 Global Conflicts, Territorial Disputes and Insurgencies Will Drive Growth in the Military Ammunition Market Over the Next Decade, Despite Western Military Withdrawal From Combat Zones in the Middle East


Global spending on military ammunition is set to remain relatively constant over the next ten years, according to new market study available on ASDReports.com – The Global Military Ammunition Market 2013-2023 – which forecasts market growth at a CAGR of 2.21%, primarily driven by the sustained demand of existing conflicts, territorial disputes, and insurgencies.

The largest portion of this spending will, despite high fiscal deficits and the planned pullout from Afghanistan, be accounted for by North America; the limitations on US spending brought about by the decreasing strategic relevance of direct infantry conflicts will see the gap between the North American and Asia-Pacific ammunition markets close however, with India, China, Australia and South Korea all predicted to spend significantly on ammunition in the next decade.

This new report offers detailed analysis of the global military ammunition market, with the identification of market drivers augmenting its provision of historic and forecast data for the next decade. Together with its investigation of the developments and challenges in the industry, analysis of key markets, major programs, and the competitive landscape, along with SWOT analysis of the industry as a whole, The Global Military Ammunition Market 2013-2023 should be considered the definitive informational resource for those with a stake in the global military ammunition market seeking to secure growth whilst minimizing risk.

To capitalize on the opportunities presented by market growth, organizations with a vested interest in the global ammunition market must remain sensitive to the key drivers of the market, thereby facilitating informed business decisions that maximize profits with minimized risk.

Force Modernization
Persistent upgrades to weapon systems of militaries across the globe is a powerful driver of the ammunition market, primarily driven by the notion that ‘a strong offense is the best defense’. To this end, countries such as India, China, Russia and Brazil are spending significantly to bolster the capabilities of their ground forces through the procurement of modern small arms, howitzers, mortars and more. This is expected to sustain the demand for newer ammunition throughout the forecast period.

Regional Conflicts & Instability
Numerous countries worldwide are currently involved in conflicts with neighboring nations as a result of territorial disputes and terrorism. This situation is most commonly evident in the Asia-Pacific region due to the rapid economic and military development of countries such as China, India, Japan, South and North Korea, among others. These nations are making decisive efforts to strengthen their military forces in order to be battle-ready, and can therefore be characterized as being embroiled in an arms race.

This military tension is not limited to the Asia-Pacific region however, with the increasing instances of political instability, public outcry and military coups in the Middle East and Africa expected to drive the national governments of the region to take steps to equip their militaries with and national security forces with arms and ammunition. As conflicts continue, international intervention in war-stricken nations – such as the NATO peacekeeping forces in Afghanistan and Iraq – are expected to increase. Thus, it can be seen that rising geopolitical instability will drive the global ammunition market over the next decade.

Whilst a proper understanding of the driving forces operating on the market is vital for success for those organizations operating within the global military ammunition sector, it is equally important that they are aware of the particular challenges the market faces.

Soldiers’ Burden
The modernization of soldier systems to protect and empower the soldier has had the detrimental effect of exponentially increasing the total weight of kit, thereby preventing soldiers from being agile, mobile, and effective war-fighters, and placing soldiers’ lives at risk. Thus, defense agencies worldwide are focusing on sourcing and integrating the most affordable, lightweight soldier technology and equipment to reduce the burden on, and increase the efficacy of, combat personnel.

In view of this, reducing the weight of ammunition without compromising combat performance is a key challenge for the military ammunition industry, and potentially a highly lucrative opportunity for those organizations that take steps to overcome it.

Withdrawal of US Troops from Afghanistan
The US military began to withdraw troops from Afghanistan in 2011, and this is a process that has continued gradually ever since. The US plans to leave between 6,000-20,000 troops in Afghanistan until 2024, but is aiming to reduce numbers to 34,000 by February 2014; the UK government is also aiming reduce its military presence in Afghanistan, with only 5,200 troops set to be stationed in the country by the end of the year, and total withdrawal planned by the end of 2014; Germany has already pulled all of its troops out of the country.

This reduction troop numbers and combat operations is expected to have a considerably detrimental effect on the military ammunition market, with Western presence being predominantly limited to support missions – which include counterterrorism operations, along with logistical and training support for the Afghan forces – seeing the demand for ammunition decline.