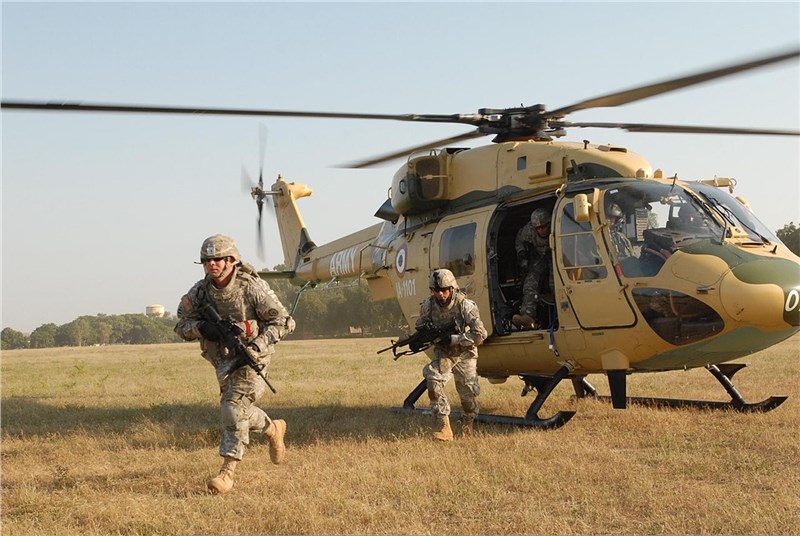 Asia Pacific expected to be the largest market followed by North America
Countries in the Asia Pacific region are expected to account for the highest spending on rotorcraft globally, accounting for 34.2% of the market, followed by North America, which will account for 30.2%. China’s growing assertiveness in territorial disputes with its neighbors, an ongoing arms race among Asian countries, and strong economic growth are the primary drivers of the region’s rotorcraft market, which is forecast to grow at a CAGR of 3.41%, to reach US$8.8 billion by 2026. At the same time, the US is investing in advanced rotorcraft development programs to maintain its military supremacy over other countries, and is expected to drive the overall spending of North America, to US$76.8 billion cumulatively throughout the forecast period.

Key Statistics - Global Military Rotorcraft Market Overview
Several countries across the world have inventories of obsolete or aging military helicopters that are reaching the end of their operational life; this means that despite budget cuts, the global military rotorcraft market is expected to grow over the forecast period. Countries such as Russia, the US, France, Germany, China, South Korea, and India are looking to replace existing military rotorcraft with modern helicopters, which in turn will boost the demand for the overall global market.

The global military rotorcraft market, valued at US$21.7 billion in 2016, is projected to grow at a CAGR of 2.59% over the forecast period, to reach US$28.1 billion by 2026 and cumulatively value US$254.2 billion. The market consists of four categories: multi-mission and maritime helicopter, attack helicopter, transport helicopter, and training helicopter. The market will be dominated by the multi-mission and maritime helicopter segment, which is expected to account for 44.6% of the market, followed by attack, transport, and training helicopters, with shares of 28.5%, 25.2%, and 1.7% respectively.