The ongoing economic crisis and the subsequent austerity have affected the growth of the Greek defense industry. 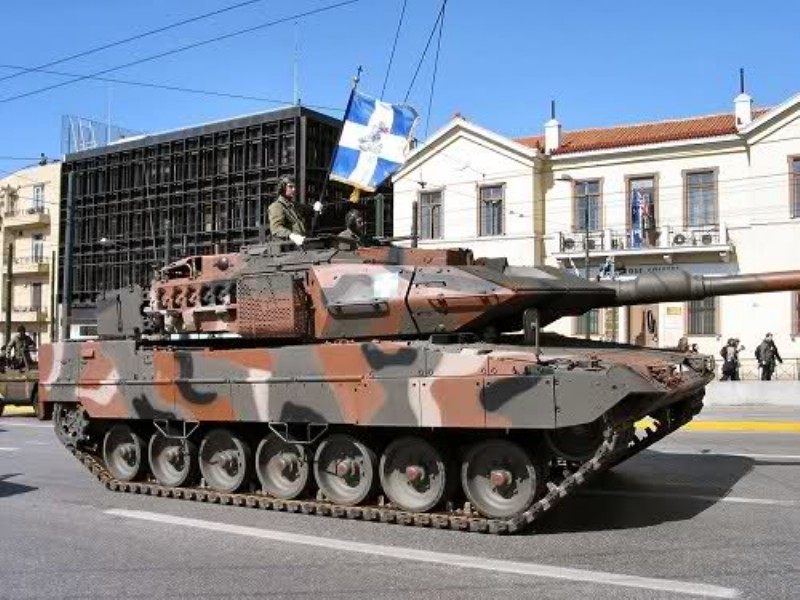 The ongoing economic crisis and cuts mandated by the EU (European Union), International Monetary Fund (IMF), and European Central Bank have affected the growth of the Greek defense industry. During the review period, the country’s government reduced its military expenditure from US$8.8 billion in 2009 to US$6.3 billion in 2013. However, Greece and Turkey not only share a long-standing territorial dispute involving Cyprus, but are also involved in a maritime border dispute in the Gulf of Aegean. The situation has nearly escalated to an armed conflict twice, and has historically been the driving factor behind Greek defense procurements; it is expected to continue to be so over the forecast period. Owing to these factors, Greek defense expenditure is projected to register a CAGR of 0.54% during the forecast period (2012-2018), according to this new report: Future of the Greek Defense Industry – Market Attractiveness, Competitive Landscape and Forecasts to 2018.

This report provides in depth analysis of the Greek defense market, with identification of market drivers augmenting its provision of data on the current industry size and growth expectations to 2018. Together with its investigation of the industry structure and procurement dynamics, with analysis of the competitive landscape of the Greek defense industry, and its assessment of the business environment, Future of the Greek Defense Industry – Market Attractiveness, Competitive Landscape and Forecasts to 2018 should be considered the definitive guide to the Greek defense market, and required reading for those serious about capitalizing on the significant opportunities it holds.

Greece’s defense expenditure is focused on the threat posed by the military strength of neighboring Turkey. A considerable number of aircraft have reached the end of their operational life and require replacement with advanced systems. Over the forecast period, Greece’s efforts to reduce its general budget deficits will have a direct impact on the defense budget allocation and will be a significant factor with regards to defense expenditure.

Greece and Turkey are involved in a long-standing territorial dispute in the Cyprus region, and are also engaged in a sovereignty rights issue in the Gulf of Aegean. Turkish aircraft often conduct mock drills in the disputed air space over the Gulf of Aegean, which results in Greek forces shadowing the Turkish jets. Historically, Greece’s high levels of weapons procurement have solely been driven by its perception of Turkey as its primary external threat. This perception has also driven the country to maintain one of the highest GDP defense expenditure percentages.

Greece is one of the safest countries in the EU region; however, it faces the challenge of illegal immigration. Consequently, the country is now following newly established international security standards, and will be procuring equipment and systems related to airport, port, and border security.

Illegal Migration: The Greek territorial sovereign consists of mainland, a peninsula and about 3,000 islands, with 9,300 miles coastline. Greece has 120 cargo and passenger ports and its geographical situation significantly drives sea border patrol, and has resulted in the country placing an increased focus on maritime surveillance. With proximity to several countries in Europe, Asia-Pacific, and Africa, Greece is considered to be a gateway for Europe and is plagued by illegal migration. The country is further expected to invest in border security equipment in order to control illegal migration and the key opportunities expected to emerge over the forecast period include:


This report is the result of Strategic Defence Intelligence’s extensive research covering the defense industry. It offers in-depth analysis of:

• Clear identification of market opportunities and entry strategies to gain or grow market share in the Greek defense industry.
• Proper understanding of the competitive landscape of the Greek defense industry, including key domestic and foreign defense companies, key alliances and strategic initiatives.
• A clear understanding of forces operating on the market, and actionable insight on forthcoming developments that will shape the landscape of opportunity in the foreseeable future.