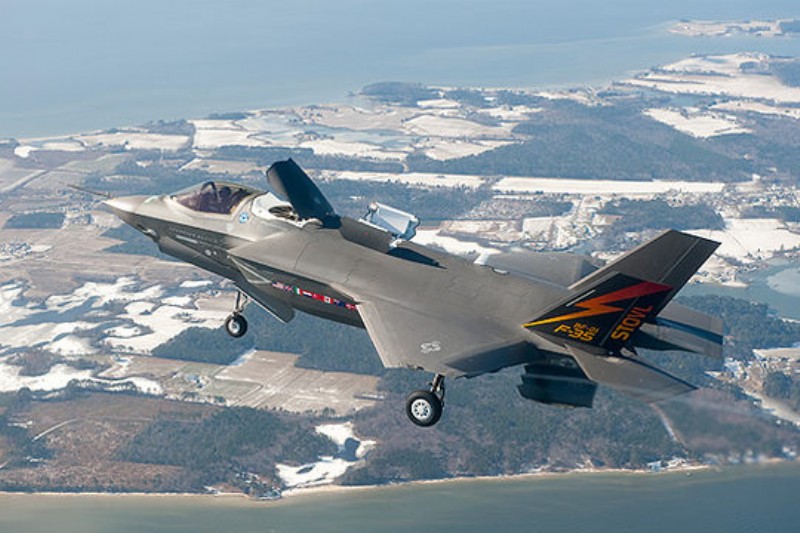 With a total defense budget of US$613.9 billion in 2013, the US dominates the global military sector, and is expected to retain its supremacy in this regard over other countries to 2018, despite significant budget cuts, according to this new report: Future of the US Defense Industry – Market Attractiveness, Competitive Landscape, and Forecasts to 2018.

KEY DEFENSE DRIVERS
With US Defense expenditure set to rise at a CAGR of 1.93% between 2014 and 2018, it is vital for those seeking to capitalize on opportunities in the market to gain a proper understanding of the factors that will drive this growth.

Rebalancing of Asia-Pacific
Post decade-long wars in Afghanistan and Iraq, the US shifted its defense strategic focus towards the Asia Pacific region as a result of its blooming potential to pose a threat to its social, political and economic superpower status. The growing might of the Chinese military and its assertiveness in regional disputes have grabbed the attention of the US in recent years, with Chinese investment in fifth generation aircraft, cyber warfare technologies, anti-aircraft and anti-ship weaponry, aircraft carriers, submarines and ballistic missiles all undermining the US’ power projection capabilities in the Pacific, and adding fuel to the fire of its increasingly wary stance towards Asia’s superpower.
Another potential threat to the US in the region is North Korea, which is perceived as trying to achieve nuclear capabilities through the development of thermonuclear weapons such as hydrogen bombs in which plutonium and uranium are combined for higher energy yield.

In view of these perceived threats, the US’ new strategy is to increase its military presence in Asia Pacific, and announced plans to shift approximately 60% of its warships to the region by 2020. Strategic Defence Intelligence also predicts that it will strengthen its military bases in Japan, South Korea, Taiwan, Philippines, Cambodia, Thailand, Brunei, Malaysia, and Singapore, in addition to deploying 14 ground based interceptors in Alaska to counter the threat from any nuclear weapon or missile programs from North Korea.

Turbulent Middle East
Civil unrest in the Middle East is watched closely by the US, as the developments in these countries have a direct impact on terrorist threats. Uncertainty in Egypt and Syria, coupled with arms proliferation in Lebanon and other Middle Eastern countries could pose a potential threat to the US.
The US’ primary concern is with the proliferation of ballistic missiles and weapons of mass destruction in the region, which help terrorist organizations such as Al-Qaida and Hezbollah. In addition, Iran continues to develop its nuclear capabilities with the perceived goal of producing sufficient weapon-grade uranium for a nuclear attack, with intentions to do so by mid-2014. Whilst Iran lacks the long distance missile capabilities to deliver such a payload to American shores, the US expects Iran to use missiles to attack Israel and other US allies in the Middle East.
Consequently, to counter the threat from Iran, the US is encouraging GCC (Gulf Cooperation Council) countries to develop and deploy missile defense systems, and over the next decade, the US is expected to field 30 ground based interceptors in the US and its allies.

Retention of Military Supremacy
Since the end of the Cold War in 1991, the US has been the globe’s undoubted military superpower. However, as Chinese and Russian defense expenditure has risen significantly in recent years, the US is keen to take steps to preserve its superiority. Indeed, whilst China is developing a new-generation intercontinental ballistic missile (ICBM) capable of destroying targets all over the world, Russia is also developing a heavy-liquid-fuel, non-nuclear, precision-guided payload capability for a new class of ICBMs, which would give Russia near-global coverage.
Consequently, the US is embarking on a nuclear defense modernization plan and missile defense program that is expected to have a positive driving effect on defense expenditure; additionally, the country is seeking to enhance its command, control, computers, communications, and intelligence systems to increase inter-operability between the various branches of the armed forces. The US’ drive to retain its global military superiority, and more generally its prominent place on the world stage as the pre-eminent superpower, will act as major drivers on defense expenditure to 2018.


This report is the result of an extensive research covering the defense industry. It offers in-depth analysis of:

•Clear identification of market opportunities and entry strategies to gain or grow market share in the US defense industry.
•Proper understanding of the competitive landscape of the defense industry in the US, including key domestic and foreign defense companies, key alliances and strategic initiatives.
•A clear understanding of forces operating on the market, and actionable insight on forthcoming developments that will shape the landscape of opportunity in the foreseeable future.

Future of the US Defense Industry

Future of the US Defense Industry - Market Attractiveness, Competitive Landscape and Forecasts to 2023