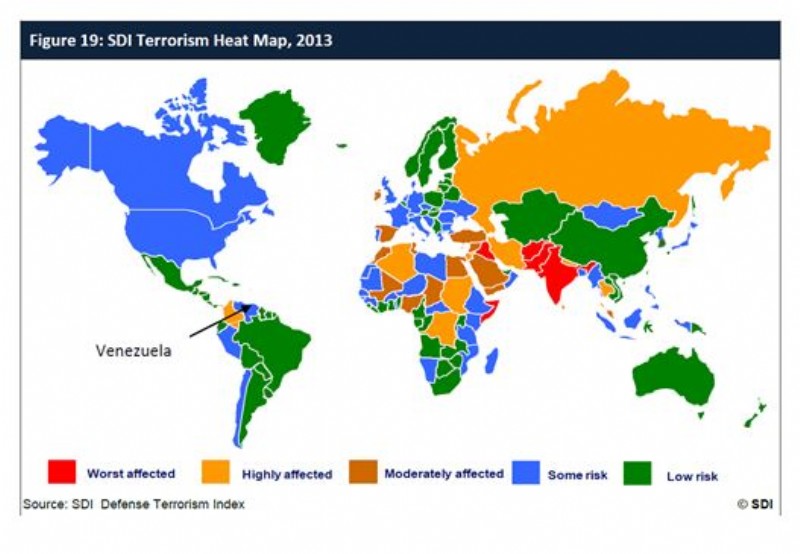 Following healthy growth in Venezuelan defense expenditure over the past five years, modernization and border disputes are set to see this growth continue at a faster pace- a CAGR of 11.37% - over the next five years, according to a new report: Future of the Venezuelan Defense Industry – Market Attractiveness, Competitive Landscape and Forecasts to 2018

The Venezuelan armed forces are currently outfitted with tired and obsolete equipment; the government has recognized the need to re-equip its military forces with more advanced technology, and this drive for modernization will precipitate growth of the country’s defense expenditure.

The first stage of this modernization program was to renew the country’s air defenses, with long-range air surveillance radars being purchased from China, and 24 air dominance fighters being acquired from Russia. Over the next five years, Russia is expected to continue as one of Venezuela’s key partners in the acquisition of arms, along with Spain.

Venezuela has long-standing border disputes with all three countries with which it shares a Tensions between Venezuela and Colombia border: Brazil, Colombia, and Guyana. Escalated in August 1987, with a Colombian guided missile frigate trespassing into disputed waters and refusing to leave, claiming that they belonged to Colombia. The relationship became strained again in 2004, with the kidnapping of the Colombian-Venezuelan naturalized guerilla member Rodrigo Granca. In July 2010, the President of Colombia claimed that the Venezuelan government was actively providing shelter to rebel groups.

In order to better equip the armed forces to counter possible attacks on the country stemming from this and other border-related disputes – including its dispute with Guyana over the resource-rich Essequibo region – the Venezuelan MoD is predicted to acquire light attack aircraft, utility helicopters, submarines, ships, missiles, battle tanks, and armored fighting vehicles over the next five years.

Venezuela’s domestic arms industry is relatively underdeveloped, with the country engaged in the production of ammunition, small arms, explosives, a limited range of spare parts, and coastal patrol boats for the Navy and National Guard. As such, the country is largely dependent on imports for its defense requirements.

Venezuela is, however, planning to develop its domestic defense industry: with Russian assistance, the country has build the Giradot rifle factory, which is expected to have the capacity to manufacture 25,000 rifles per year. Furthermore, in 2012, the Venezuelan defense minister announced a US$1.0 billion would be spent on defense expenditure, and part of this funding has been allocated to the construction of a factory to produce military radios.

HOMELAND SECURITY
The Venezuelan Homeland Security (HLS) budget comprises the maintenance of internal security, law enforcement, and crime prevention. The country’s HLS budget is set to decline in 2013 as a result of plans to make around 3,100 nationalCybercrime

Cybercrime is seen as a major threat to internal security by the Venezuelan government. In January 2007, a 17-year-old student at the National University of the Armed Forces (UNEF) was arrested for hacking the websites of 23 different offices, from 31 sites. These included the sites of the Vice Presidency, the National Office of Identification and Immigration (onidex), the police, and the military. The growing threat of cybercrime is expected to drive much of the growth in Venezuela’s HLS market to 2018.

Although Venezuela is not a large scale producer of illegal drugs, it has become a transit country for drug trafficking. Drugs – such as cocaine and heroin – are frequently carried from Colombia through Venezuela, ultimately headed for the US and Europe. Narcotics related money laundering activity, especially along the border with Colombia and on Margarita Island, is also highly prevalent in Venezuela.

The government has taken significant steps to prevent drug trafficking. For example, in 2013, the Venezuelan government launched surveillance drones with the aim of stemming the tide of drug traffickers; the drones have been build with assistance from Iran, and will be used to monitor the country’s borders. As drug trafficking continues to pose a problem for Venezuela, increased HLS expenditure is expected, with the procurement of CCTV systems, electronic identification documents, and e-passports expected to drive this growth.

Venezuela’s internal security budget is also driven by civil unrest resulting from political demonstrations and other large gatherings. Political instability in the country followed the death of Hugo Chavez in 2013 may contribute to civil unrest, with some suggesting that the relatively low popularity of his successor may result in an internal coup over the next five years.

There is a threat of terrorism in Venezuela, with the Revolutionary Armed Forces of Colombia, the National Liberation Army, and other terrorist groups operating along the Venezuela/Colombia border engaged in kidnapping, murder-for-hire, and drug trafficking. In addition, the Lebanon-based terrorist group Hezbollah is believed to have engaged in money laundering and arms trafficking in Venezuela.

Conflict with Colombia has resulted in an increase in the number of organized crimes, such as murder, assassination, and express kidnapping: in 2012, there were 21,692 homicides – 73 per 100,000 inhabitants – an increase of 67% on the 2011 figures.

In May 2013, Venezuela launched ‘Safe Homeland’: a major street security plan initiated by the government. The plan is aimed at combating street crime, and 3,000 soldiers are expected to patrol the streets of major Venezuelan cities with the hope that this will significantly lower the country’s homicide rate.

This demonstrates the Venezuelan government’s commitment to preventing organized crime in the country, and over the next five years, the Ministry of Interior and Justice is expected to continue its efforts through investment in surveillance and intelligence technologies.

Future of the Venezuelan Defense Industry

Future of the Venezuelan Defense Industry