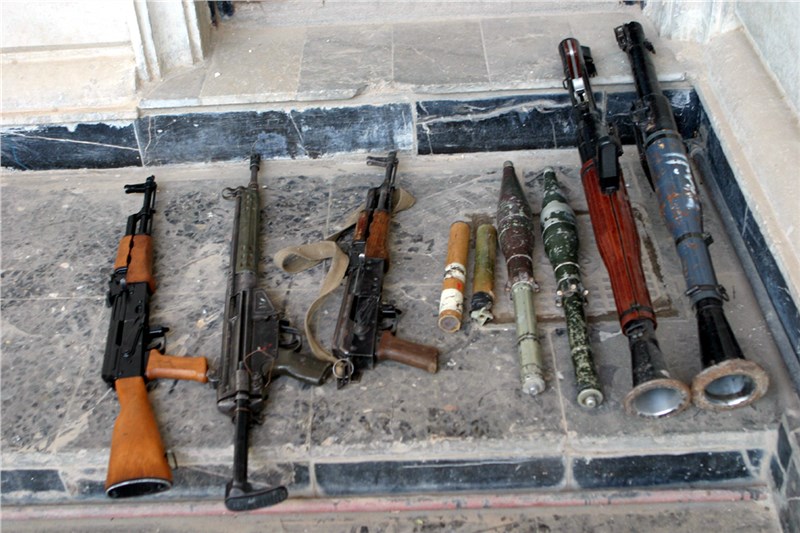 The report, now available on ASDReports, "Small Arms Market by End User (Military, Law Enforcement, Hunting, Sports, Self-defense), Type (Pistol, Revolver, Rifle, Machine Gun, Shotgun), Caliber (5.56MM, 7.62MM, 9MM), Technology, Cutting Type, Firing Systems, & Region - Global Forecast to 2020", The small arms market is estimated to reach USD 4.92 Billion by 2020, at a CAGR of 3.8% from 2015 to 2020. This growth can be attributed to the rising commercial use of small arms, combined with the rising incidences of conflicts and terrorism, which are driving the demand for small arms among military forces and law enforcement agencies, globally.

The global small arms market is dominated by the military end-user segment, as of 2015, and is expected to continue its dominance till 2020. This dominance can be attributed to the rising conflicts, wars, cross-border disputes, and terrorism worldwide, driving military forces to procure more advanced and efficient small arms and weapons for their different operations. The shooting sports segment is projected to grow at the highest CAGR during the forecast period, owing to the increasing civilian participation in target shooting, rifle shooting, and so on.

“The rifle segment to grow the highest during the forecast period”

The small arms market has been segmented and analyzed in terms of types, namely, pistols, revolvers, rifles, machine guns, and shotguns, among others. The global market is dominated by the rifles segment and this segment is also projected to grow at the highest CAGR during the forecast period, primarily driven by the increasing civilian procurement of rifles for shooting sports, combined with increased procurement of sniper and assault rifles by military and law enforcement agencies, as part of their measures against terrorism, armed violence, and other combat operations.

The Middle East and Asia-Pacific are expected to drive the growth of the global small arms market in the coming years, with the Asia-Pacific market projected to grow at the highest CAGR during the forecast period, 2015 to 2020. This rapid growth of the Asia-Pacific market can be attributed to the increasing manufacturing capacities, rising demand from defense forces for advanced weapon systems, combined with the increasing military expenditures of major economies of the region, and increasing civilian participation in shooting sports.