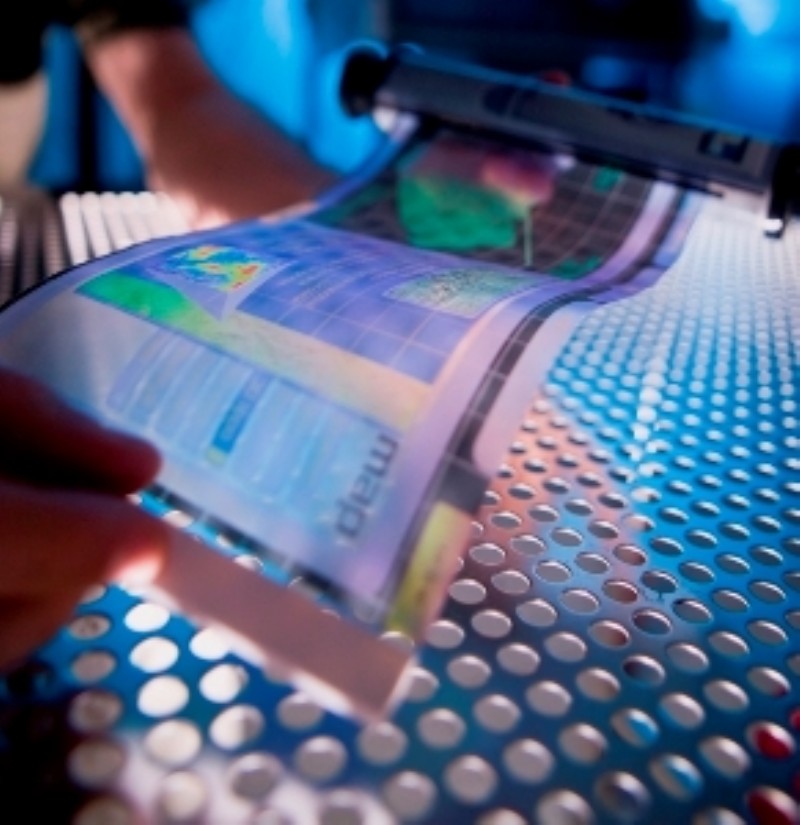 Flexible display is a lightweight, thin and flexible/rollable/foldable display. It is the next big display technology, which uses plastic or polymer as a substrate, thereby giving flexibility to the display. Flexible display uses various technologies such as e-paper, OLED, LCD, and LCOS. In the present scenario, the market for flexible e-paper display is already established; and used in areas like retail signage, Point of Purchase display (POP), Electronic Shelf Labeling (ESL), smartcard and wearable display, etc. The other flexible display technologies like OLED and LCD are still in the introductory phase. Companies like Sony (Japan), LG (South Korea), and Philips (The Netherlands), etc. have already developed display based on OLED. Samsung (South Korea) is expected to come up with flexible OLED smartphone by the end of 2012.

Flexible display has promising applications such as eReader, smartphone, tablet, laptop, e-paper, and TV. Flexible display majorly targets the consumer products such as mobile, TV, laptop, etc. In addition, the consumer goods market is growing significantly and expected to grow further at a same pace. Hence, flexible display will have a huge scope in future. Flexible OLED display is expected to be the most popular display technology for most of the applications and continue to remain the same in future.

Driving factors for flexible display market are distinctive features of display and growing consumer goods industry. There are certain restraints for this market as well; such as rising competing technologies like OLED, LCD display, and design challenges.

At the CES 2006, Philips showed a rollable display prototype whose screen can retain an image for several months without electricity. As of 2007 Philips Polymer Vision expected to launch a 5 inches (130 mm), 320 x 240-pixel resolution rollable display based on E Ink’s electrophoretic technology.