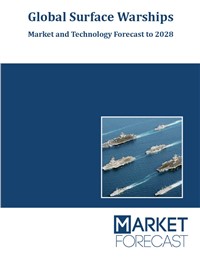 Surface Warships are naval combatants that are fitted with munition technologies in order to increase the firepower associated with them. The classes of naval warships are typically segregated on the basis of the functionality and size of the ship. It is important to note that the retrofits and the development in munition technology have managed to diminish the clear line that once used to exist between the various segments of surface warships.

The growth in the number of fleet replacement programs to modernize existing naval vessels has governed the expansion of this market. Countries across the globe are focused on developing programs to increase their sea-based tactical advantage. Countries like the United States and China are some of the major examples of the same. This report studies the intensifying growth dynamics for the surface warships sector. The industrial support units and their impact on increasing employment have also been studied in this report.  On a global scale, the number of indigenous programs has been increasing. The domestic shipbuilding programs add to the GDP of the respective countries through increased employment generation.

These industrial units also boost the direct, induced as well as indirect spending of the people situated in the supply chain as well as the value chain for a particular vertical. The number of end-users and consumers for the Surface Warships market is reliant on the amount of procurement. Therefore, the economies of scale is a highly influential factor across this pipeline industry. Moreover, as the GDP of a nation increases, so does the defense budget allocation.

Taiwan serves as one of the finest examples denoting the growth in indigenous programs. A total of 12 fleet transformation programs were announced by Taiwan in the year 2013. The Programs are expected to extend over a 23 year period from the time of commencement. The country has been trying to increase the domestic production and scalability of its shipbuilding market to reduce imports from the United States. The growth associated with the integrated propulsion systems market is expected to promote the sales associated with the surface warships segment. These technologies are anticipated to reduce the carbon footprint by roughly 10-25%. Moreover, other designs like the integration of nuclear reactors into the ship design have also been accounted for as a cost optimum solution. This source of fuel promotes the induction of green technology into the defense industry. Moreover, the fuel’s substantiality is more than the conventional sources of power used.

The report focuses on providing a holistic perspective based on the competitive mapping within this industry. The structural classification and expansion of this vertical have been studied based on the changing dynamics for the Surface Warships Market. Factors like growing geo-political tensions and their impacts on market growth have been covered comprehensively.

The Global Surface Combatants Market is expected to reach a value of USD 37 Billion by the year 2028. The market accounted for a value of roughly USD 32 Billion in the year 2019. To study the competitive charting across this vertical, the market has been segmented by Region, Type, Components, and End-Users. On a regional basis, APAC is expected to emerge as the largest market by the year 2028. In the year 2019, the APAC market had a revenue of USD 11 Billion approximately. The second and third largest growth segments on a regional basis include North America and Europe. The overall growth dynamics associated with the surface warships market is estimated to be 2% during the forecast period.

Based on warship classifications, it is seen that frigates account for the largest market segment followed by destroyers and corvettes. Countries like France, Turkey as well as the United States are estimated to increase their frigate based fleet owing to increased application.


The market is segmented based on Region, Type, Components, and End-Users.

Who is this report for: