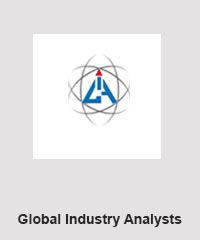 The global market for Video Games is projected to reach US$241.1 billion by 2024, driven by rapid developments in hardware and software gaming platforms; growing prominence of video games as a form of modern artistic expression and entertainment; and effervescent investments in the development of new game genre, ideas and titles. Acceptance of video gaming as an educative and meaningful leisure activity represents a major change in consumer perception that has and will continue to help expand the audience base in the market. The educational value offered by video games is resulting in the creation of a new trend called “Gamification of Education”, where games are used as valuable high-tech teaching tool to impart 21st century skills such as creative thinking, problem solving and collaboration. Few of the factors responsible for improved player engagement and thereby the increase in the number of active gamers worldwide include launch of virtual reality headsets and smartglasses that lend visual realism to games; development of graphic-intensive games with more engaging and digitally immersive gameplays; rise of social games with viral connections for more continuous engagement; launch of games with no pre-defined ends, with ample in-game rewards and continuous offline evolution of game characters designed for addictive play style; “Always On” sensors in electronic wearables, the ensuing rise of video game enablement on wearables and design of micro-engagement models targeted at grabbing player attention for just few seconds for an extreme user engagement. Asia-Pacific represents the largest and the fastest growing market worldwide with a CAGR of 13.1% over the analysis period led by factors such as expanding base of affluent middle class population with a high degree of technological sophistication; strong penetration of smartphones, mobile Internet and the ensuing popularity of wireless games, browser based games and downloadable games; growing preference for interactive entertainment; and escalating popularity of social games, free-to-play games and pay-to-play games.

Timeline for Analysis
Geographic Markets Analyzed
Market Segmentation & Classification
Major Players
How Can You Benefit?
This research project broadly covers analysis of all market trends, drivers, challenges and other macro market scenarios you need to know to improve your strategic planning and remain informed and competitive. The study also provides reliable ready facts and exclusive statistical data insights in addition to expert and highly accurate market size forecasts and projections to help you identify new markets and opportunities for revenue growth and sustainability. The extensive reportage of industry, company and product news and stories together with coverage of all major and niche players provided in the report helps you build a 360 degree perspective on your markets and gain unsurpassed insights needed to devise plans and strategies to maximize business growth.
Tell a Friend | Print page | Download PDF Brochure