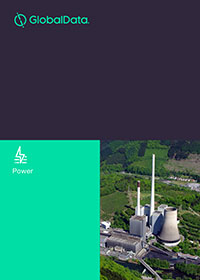 We are at the very beginning of the EV cycle. Today, there are 3m Electric Vehicles on the world’s roads, but this could rise to 300m by 2040. This implies EVs, as a proportion of new registrations of the world’s passenger vehicles, will rise from barely 1% in 2017 to over 15% by 2030. Large scale commercial production of EVs by the big car makers is unlikely to take off until 2025.

Emerging technologies almost always follow S-shaped growth curves: a new technology emerges; its market penetration starts slowly, and then suddenly erupts before flattening out as a new and more powerful technology takes over. Since cars are harder to make than almost any other consumer product, there are physical limits on how steep the S-curve for EVs can be.

The first Tesla Roadster appeared in 2008, the Nissan Leaf in 2010 and the GM Bolt in late 2016. In 2017, only 1.1m EVs were sold in the world, representing a mere 1% of all new passenger vehicle sales globally. To put things into perspective, Tesla, the world’s most valuable electric vehicle company, sold just 103,000 cars in 2017, compared to total vehicle sales of more than 10m units at Toyota.

Electric Vehicle is one of four themes disrupting car makers; the other three, occurring concurrently, are the connected car, autonomous driving (AV) technology and transport-as-a-service. Over the next five years, we can expect stress, strain, margin evaporation and shake out across much of the legacy automotive industry and its Tier-1 parts suppliers as a slow growth industry incurs the expense of conversion to Electric Vehicle (EV) and autonomous driving technology. At the same time, ride-sharing services and shifting urban Millennial priorities could lead to “peak car” - the start of a period of falling new car sales.

The report "Electric Vehicles - Thematic Research", offers a framework in which to look at Electric Vehicles, summarizes the important trends, and identifies the key players. The report also helps in identifying winners and losers based on technology leadership, market position and other factors.