The Hapag-Lloyd group is Germany’s largest container liner shipping company. The company’s core business is shipping containers by sea, along with door to door transport services. The company is also involved in the transportation of hazardous goods. The company provides stowage consultation services regarding strains caused by container transport, weight limits of containers, weight distribution within containers for heavy items, function of packaging, cargo securing facilities (lashing, bedding and filling) and climatic influences. The company has a well-balanced global network of services ensuring a strong competitive position in attractive markets.
The company operates in Europe, the Americas, the Middle East, Africa and Asia Pacific. It was founded in 1847 and headquartered in Hamburg, Germany.

Intense competitive market has affected the company’s overall revenue
In 2016, the company’s total revenues decreased at 12.9% from US$9,816.1m in 2015 to US$8,550.0m in 2016. This was primarily due to intense competitive pressure in the container shipping industry as well as significantly reduced average bunker prices in comparison to FY2015. However, the company’s organic and inorganic growth initiatives will offset the decline in overall revenue. For instance, On 24 May 2017, Hapag-Lloyd completely acquired United Arab Shipping Company (UASC). The merger between the two liner shipping companies was completed in Hamburg. With 230 vessels and a shared fleet capacity of approximately 1.6 million TEU, Hapag-Lloyd is the fifth-largest liner shipping company in the world. 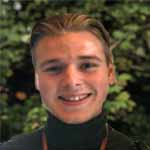