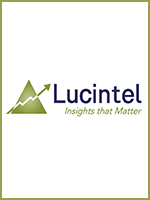 The future of the polarizer film market looks attractive with opportunities in the television, monitor, notebook, and cell phone markets. The global polarizer film market is expected to decline in 2020 due to global economic recession led by COVID-19. However, market will witness recovery in the year 2021 and it is expected to reach an estimated $17.1 billion by 2025 with a CAGR of 4% to 6% from 2020 to 2025. The major growth drivers for this market are increasing demand for mobile phone and television displays, increasing demand for larger panel size, increasing penetration of quantum dot displays (QD-LED) for better visibility, and growth in demand for high quality organic light-emitting diode (OLED) displays in smartphones.
Emerging trends, which have a direct impact on the dynamics of the polarizer film industry, include development of ultra-thin polarizer film and the development of blue light high transmission polarizer film.
A total of 95 figures / charts and 73 tables are provided in this 200 -page report to help in your business decisions. Sample figures with some insights are shown below. To learn the scope of, benefits, companies researched and other details of this polarizer film market report, download the report brochure.

The study includes the market size and forecast for the global polarizer film market through 2025, segmented by technology, application, and region as follows:

Some of the polarizer film companies profiled in this report include Nitto Denko, Sumitomo, Chem, LG Chem, Fujifilm, and Mntech among others.

Lucintel forecasts that TFT film will remain the largest market and witness the highest growth in the forecast period due to its attractive properties of delivering better resolution, energy efficiency, and low price.