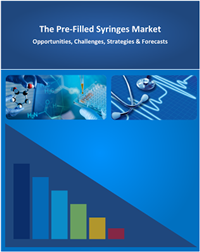 Synopsis: A pre-filled syringe is a medical syringe that comes pre-filled with a specific dosage of medication. Representing one of the fastest growing segments of the injectable drug delivery ecosystem, pre-filled syringes offer significant benefits over the traditional ‘vial and syringe’ format, by increasing dosing accuracy, safety and convenience.
In addition, pre-filled syringes also offer a variety of economic benefits to pharmaceutical companies including a reduction in drug overfill and waste, which increases the saleable yield of the API (Active Pharmaceutical Ingredient).

SNS Research estimates that the market for pre-filled syringes will account for nearly $4 Billion in revenue by the end of 2016. Despite challenges relating to drug stability, manufacturing and competition from other drug delivery technologies, the market is poised for significant growth in the coming years.