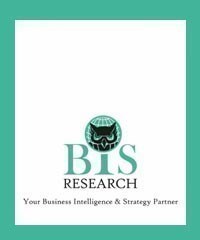 Unmanned Aerial Vehicles (UAV) market has witnessed a meteoric growth over the past decade. The overall market growth is attributed majorly to the increasing territorial disputes and threats between nations across the globe. Moreover, the growing proliferation of UAVs in civil and commercial sectors has further triggered the growth of the UAV market. The global UAV market volume is anticipated to reach 4.7 million units by the end of 2020.

This report identifies the global UAV market in different segments such as class, types, application, payload, component, and geography. Moreover, the market volume and value of sub segments of the above mentioned divisions is also mentioned in the report. The report highlights the vital factors impacting the growth of the market which includes a detailed analysis of drivers, restraints, opportunities and challenges in the industry. The major factor restraining the growth of UAV market identified in this report is the imposition of rules and regulations on operating UAVs in the civil airspace. Besides, there are several technological challenges faced by UAV manufacturers including minimization of sensors, increasing endurance, building lightweight UAVs, and making UAVs capable of performing with high precision. The report also includes the value chain analysis of the UAV industry with value addition at every stage. It is identified that the manufacturing of UAVs along with payload integration adds maximum value to the overall price of UAV.