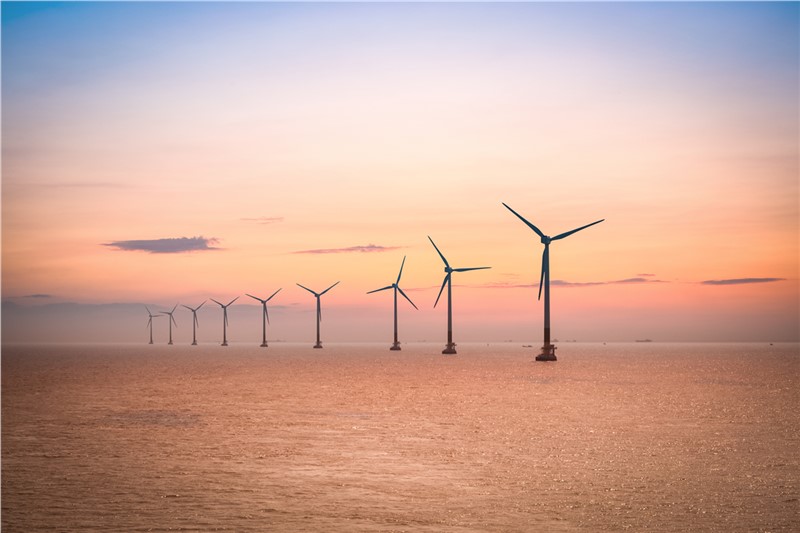 Offshore wind is one of the renewable energy sources and refers to electricity that is generated at offshore locations. Offshore wind farms comprise turbines, substructure, electrical infrastructure, logistics,  assembly and installation. They can be installed in three locations in water bodies, i.e., shallow water, transitional water, and deepwater. Offshore wind is a crucial pillar in energy mix together with onshore wind for regions such as Europe, Asia Pacific, and North America to achieve their goals pertaining to climate neutrality.

The shallow water is expected to dominate the offshore wind market, by location, during the forecast period.
Shallow water covers more of market share in this segment as development of wind power in shallow water is generally cost effective, due to better weather conditions. But with the improvement in technologies and strong wind conditions present in transitional and deep sea water, more future projects are planned for deeper waters. However, offshore wind turbines are installed in all three water locations depending on the region, turbine capacity, and wind speed.

The nacelle is expected to dominate the offshore wind market, by turbine module, during the forecast period.
Nacelle is one of the important components of an offshore wind turbine and accounts for the maximum cost of the turbine, as it comprises all the main power generation equipment. The nacelle is the section of the turbine that houses the components that convert kinetic energy from the wind into mechanical energy, which is then used to turn a generator that generates electricity. It comprises the drivetrain, power take-off system elements, monitoring systems and other equipment, such as generator, gearbox, bearings, cooling system, yaw system, pitch system, transformer, converter, switchgear, brake, and sensors.

Asia Pacific is expected to lead the offshore wind market
The Asia Pacific region includes China, Japan, Vietnam, Taiwan and South Korea. This region has shown strong demand for power owing to rapid urbanization and industrialization. With the shift towards decarbonization and sustainable development, there has been a strong demand for renewable power resources. Governments in this region are increasingly opening gates for development and installation of offshore wind. Technological advancements and clean energy consumption would further propel wind power deployment and open up opportunities in the emerging markets in APAC. Various countries are speeding up the installation of offshore wind in order to diversify their energy mix as well as to meet their goal of rection in carbon emission Moreover, favorable supportive schemes, huge investments in grid infrastructure to maximize wind power generation, and foreign direct investments would attract investors to the wind power industry.