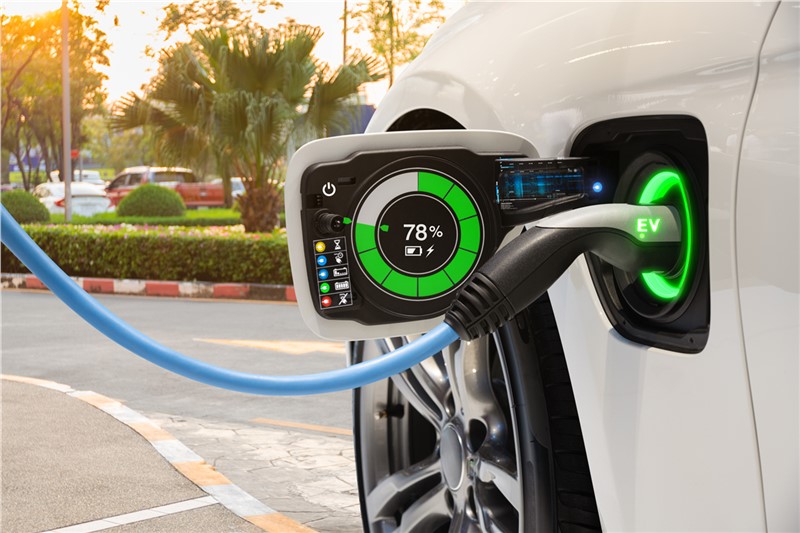 Factors such as growing demand for zero emissions commuting and governments supporting low emission vehicles through subsidies & tax rebates have led to automakers adopting EVs and the growth of the Electric Vehicle market.

Asia Pacific is expected to be the largest market in the forecast
In this report, Asia Pacific is segmented into China, Japan, South Korea, and India. The region is home to some of the fastest-developing economies of the world such as China and India. The governments of these developing economies have recognized the growth potential of the electric vehicle market and, hence, have taken different initiatives to attract major OEMs to manufacture the electric vehicle in domestic markets. For instance, the Government of India, to increase the adoption of electric vehicles, has announced plans for financial support—a zero-rated goods and services tax (GST) for a window of 3 years for EVs and a scheme called Faster Adoption and Manufacturing of Hybrid and Electric Vehicles (FAME). China is also investing heavily in the production of electric commercial vehicles, with plans for export. OEMs such as BYD plan to open plants in other parts of the world to manufacture electric buses and electric trucks to meet regional demand. The country also supports EV usage by giving a subsidy for buying EVs. the country is also promoting EV manufacturers to develop EV technology in the country. Various cities are setting up Ev charging stations across the country due to the presence of its subsidy for setting up EV infrastructure. Japan has also been developing its EV infrastructure along with various OEMs in the region working to develop BEVs, PHEVs, and FCEVs for their market. It had plans to showcase all FCEV use during the Tokyo Olympics. The country has been developing its EV market at a very fast rate. South Korea is also working to quickly develop EV infrastructure across the country. It also plans to speed up the EV demand in the country. OEM’s like Hyundai and Kia are working for introducing high-performance EVs in their market. Various top European and American OEMs are also catering to Asia’s EV market on a growing scale. All these factors will drive the electric vehicle market in the Asia Pacific region.

MEA is expected to be the fastest-growing market during the forecast
The middle east and African region have started giving importance to the electric vehicle market in the recent past.  The governments of countries like UAE, Egypt, South Africa and Cyprus have been working on growing their EV demand and EV charging stations across the region. These countries have provided incentives for EV buyers companies like Tesla, Geely, Toyota, Volkswagen and Nissan have been leading this market. A large part of the EVs sold in this region are bought from China and Europe. Due to the low power prices in these regions, the fuel cost for EV’s comes down drastically, but the vehicle ownership costs make up for much of the difference. There is an advantage for use of EV’s in middle east: the urban areas are much closer together and an 80% charge on a decent EV can get you around wherever you need to go within the states. The rising disposable income of people in this region along with the need for emission reduction has led to an increase in EV demand over the last few years. UAE for instance plans to add over 42,000 EV’s in the country by 2030. The country also plans to be among the world leaders to develop charging stations in the region. The country plans to give free EV charging till 2025 to promote the EV market.

The Passenger cars segment is expected to be the largest segment in the forecast period
Electric passenger car is the fastest-growing segment in the EV market and is expected to witness significant growth during the forecast period. The availability of a wide range of models, upgraded technology, increasing customer awareness, and availability of subsidies and tax rebates are the major factors driving the market. Major EV manufacturers like Tesla, BYD, BMW, Volkswagen, Nissan, Toyota, Honda, Hyundai, Daimler, Volvo, GM, SAIC, etc. have been strong players in the market. These companies have a strong market for their EV’s around the world.  Passenger cars account for the largest share in the electric vehicle market. The demand for passenger cars has increased due to the increase in demand for electric vehicles. Countries such as China have a low waiting period for electric vehicles compared to that for ICE-powered vehicles. Due to the growing stringency of emission norms, European countries are planning to decrease their vehicle emissions by 2050. US and China also follow such an agreement. The fast growth of EV chargers has also led to the growth of the EV passenger car market.

Key Market Players
The Electric Vehicle Market is dominated by established players such as Tesla (US), BYD (China), Volkswagen AG (Germany), BMW Group (Germany) and Nissan Motors (Japan). The market ranking has been derived by considering a certain percentage of the segmental revenue for each of the companies mentioned above.