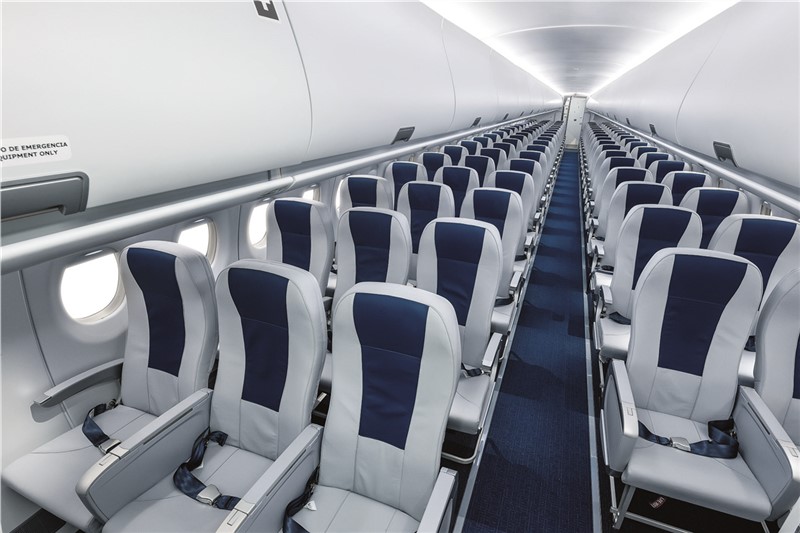 The report "Aircraft Seat Upholstery Market is estimated to be USD 1.2 billion in 2019 and is projected to reach USD 1.8 billion by 2025, at a CAGR of 7.3% from 2019 to 2025. The demand for aircraft seat upholstery has been growing due to the increase in the number of premium economy seats by airlines. Maintenance and retrofitting of existing aircraft is also anticipated to propel the growth of the aircraft seat upholstery market over the forecast period.

Premium economy class segment projected to grow at highest CAGR from 2019 to 2025
Base on seat type, the premium economy class segment of the aircraft seat upholstery market is projected to grow at the highest CAGR during the forecast period. The growth of this segment can be attributed to the increasing demand for premium economy seats owing to the cheaper ticket value in comparison to business class seats. Emirates has announced a new premium class to be rolled out by 2020. On the other hand, Singapore Airlines will be cutting the number of first-class seats on its next A380s, while the German airline Lufthansa will do away with the first-class cabin completely in its new Boeing 777-9s, leaving business as the highest class on select flights. These changes reflect a shift in trends that place business as the new first class, and premium economy as the new business class.

Asia Pacific aircraft seat upholstery market projected to grow at highest CAGR from 2019 to 2025
Based on region, the Asia Pacific aircraft seat upholstery market is projected to grow at the highest CAGR during the forecast period. The market growth in this region is largely due to the increase in air passenger traffic from countries such as India, China, Japan, and other parts of the APAC region. The region has been witnessing growth in domestic travel since the last decade, which has led an increase in aircraft deliveries mostly for low-cost carriers. Emerging markets require new aircraft to meet the fast-growing traffic demand. Hence, new airlines are being launched in emerging economies, such as India and China, where passenger traffic has been increasing at an above average growth rate.

The aircraft seat upholstery market has been gaining traction over the past few years due to the presence of several established companies as well as startups. Some of the major players in the aircraft seat upholstery market in North America include Franklin Products (US), International Aero Services (US), Perrone Aerospace (US), J.H. Nunn Associates (US), Spectra Interior Products (US), Tritex Corporation (US), Aerotex Aircraft Interiors (Canada), OmnAvia Interiors (US), Tapis Corp (US), Aircraft Interior Products (US), and Douglass Interior Products (US). Whereas, Lantal Textiles AG (Switzerland), Aircraft Cabin Modification GmbH (Germany), Fenice Care System S.p.A. Unip. (Italy), and ACC Interiors (UK) are some of the leading companies in Europe.