Distributed Antenna System (DAS) Equipment & Services Market worth 9.18 BN USD by 2020, According to a New Study on ASDReports 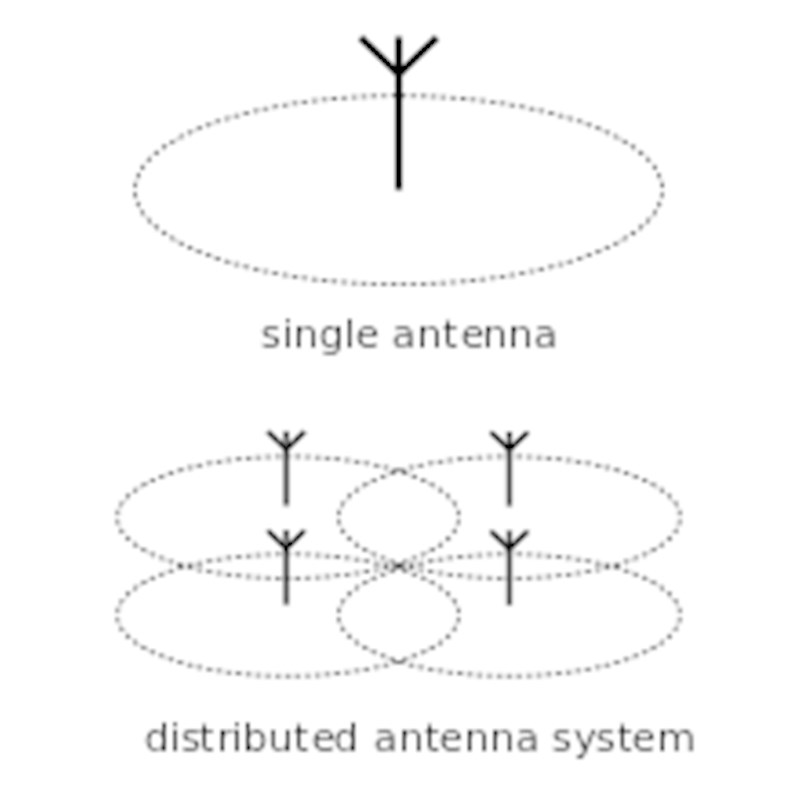 According to a new market research report, now available on ASDReports, "Distributed Antenna Systems (DAS) Equipment & Services Market by Coverage (Indoor, Outdoor), Ownership, Vertical (Public Venues, Transportation, Airports, Industrial, Hospitality, Healthcare & Others), and Geography - Forecast to 2020", the global DAS market is expected to reach USD 9.18 Billion by 2020, at a CAGR of 7.11% between 2015 and 2020.

Distributed antenna systems are systems that help boost cellular & data coverage, thus improving reliability in high-traffic areas as well as enhancing wireless network capacity. These systems eliminate dead spots inside buildings that is, areas where is very little or no connectivity by picking up and repeating signals throughout the buildings. DAS consists of a network of remote antennas typically connected through a coaxial cable or optical fiber. Based on the type of cable, DAS can be classified into active and passive DAS. Distributed antenna systems are used extensively in large public venues such as stadiums, malls, convention centers, airports, railway stations, tunnels, hospitals, hotels, universities, enterprises, and manufacturing facilities among others. The market is estimated to grow at a high rate of ~7% between 2015 and 2020. The growing desire for continuous on-connectivity, growth in mobile data traffic, the emergence of the BYOD trend in offices, along with the requirement of continuous connectivity by first responders is expected to drive the DAS market.

The carrier model is expected to dominate the market during the forecast period. The neutral host model is projected to grow at the highest rate of ~8% between 2015 and 2020. Most of the venues where DAS has to be deployed op for neutral host model as these venues require a multi-carrier system.

The market has been segmented on the basis of verticals into healthcare, public venues, hospitality, airports, transportation, and industrial among others. Public venues and transportation are expected to be the largest markets for DAS during the forecast period.

On the basis of geography, the market is segmented into the Americas, Europe, APAC, and RoW. The Americas region is currently the dominating market, but the APAC region is expected to replace it by 2020.

Apart from the market statistics, the report also includes qualitative analysis such as value chain analysis and Porter’s five forces analysis; market dynamics such as drivers, restraints, and opportunities; and local regulatory requirements for the said market.